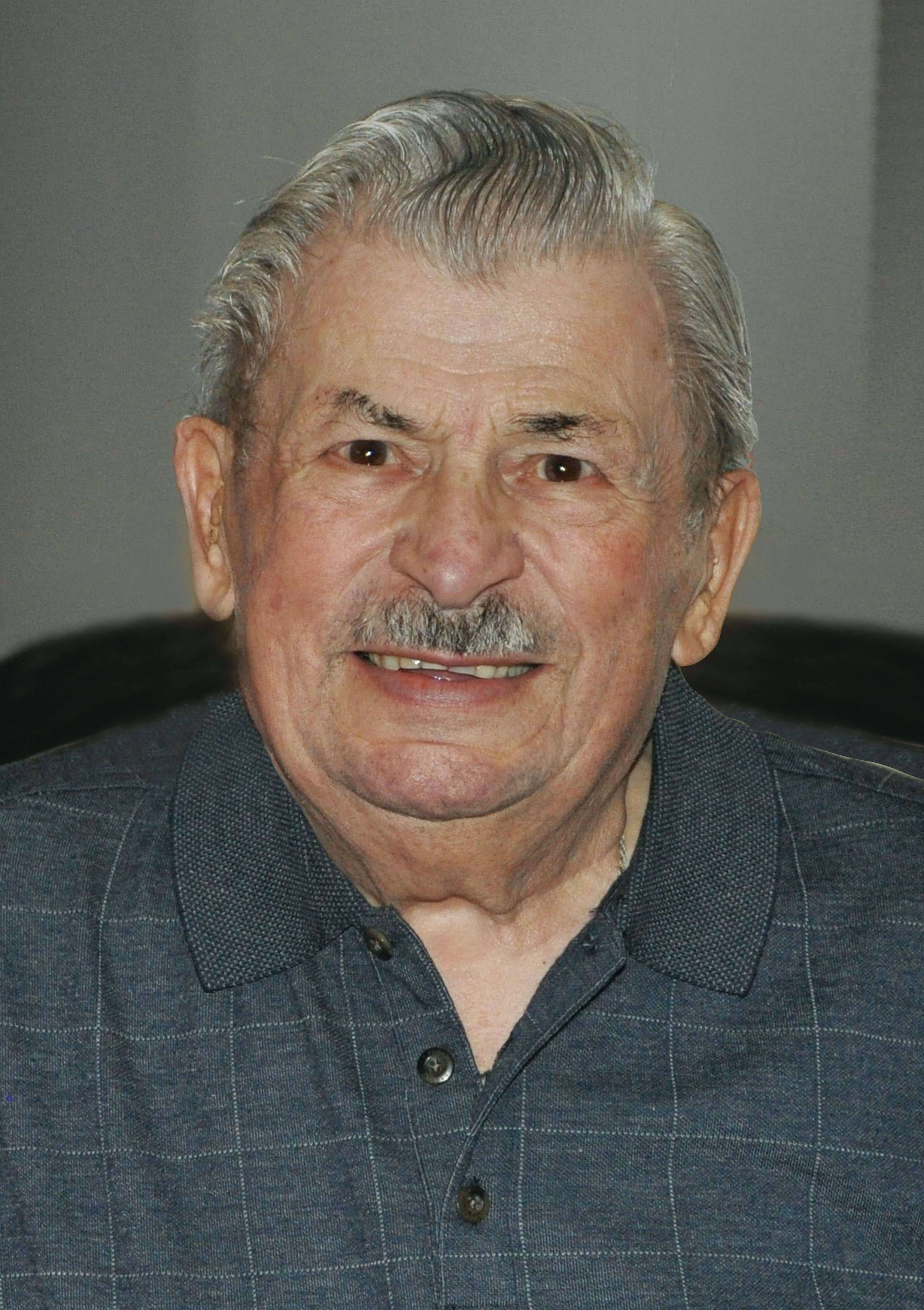 Albert T. “Bud” Oliver passed away peacefully on August 30, 2019, at the age of 95 years young.  He was born in Glendive, Montana, on May 11, 1924, the first child of Rose and Nicola Oliver.  He grew up in Montana, living several years on the family farm with his aunt and uncle, Marie and Paul Jarvis.

After graduating from Dawson County High School in 1942, Bud enlisted in the U.S. Army Air Corps and later transitioned into the U.S. Air Force, serving with distinction as a pilot in the South Pacific during World War II.  Bud was the recipient of the Air Force Air Medal, the American Theater Service Medal, the Asiatic Pacific Theater Service Medal with Four Bronze Stars and the World War II Victory Medal.

Prior to leaving for the South Pacific, Bud met the love of his life, Mary Ida Buccola, while both were visiting their respective families in California.  They were engaged on February 8, 1944, in La Junta, Colorado, with Bud surprising Mary Ida by giving her the pilot’s wings that he had just earned.  They were married at Holy Trinity Catholic Church in Trinidad, Colorado, on April 22, 1946.  Their marriage lasted 73 years, 4 months and 8 days.

Bud and Mary Ida started married life in Glendive, Montana, eventually moving to Billings, and Sidney, Montana, Cheyenne, Wyoming, and Northglenn, Colorado.  During those years they were blessed with five children.  Bud’s early career was spent in the railroad, insurance and auto body industries.  Later, he continued his career as a Claims Adjustor for State Farm Insurance Company, retiring in 1987 after 23 years of employment with them.

Bud was a very devoted family man who was always involved in his children’s school, scouting and sports activities. His guidance and unwavering support helped build a strong family.  He loved airplanes, motorcycles, cars, camping, golf, card games and life.

He was also a very devout Catholic, volunteering in many functions as needed in the various parishes he belonged to over the years.  Bud served as head usher at Immaculate Heart of Mary Catholic Church’s 9:00 a.m. Mass for over 25 years.

Bud joined the Knights of Columbus in 1946 and remained an active member until his death.  He was a member of the 3rd Degree Knights in the Archbishop Fulton J. Sheen Council #7502, serving as the Grand Knight in 1993.  He was also a member of the 4th Degree Bethlehem Assembly #1966 for 28 years.  Bud managed the Council’s Tootsie Roll campaign for 25 years.  Over the years Bud was the recipient of many Knights of Columbus awards, of which he was very proud.

Bud and Mary Ida enjoyed traveling, and visited all 50 of the United States, as well as many foreign countries.  His favorites were the Holy Land, because he walked where Christ had walked; Italy, because that was the homeland of his parents; the Panama Canal, because of the technology involved in building it; and the British Isles.

Anyone who knew Bud knew that his veins pumped “Bronco Orange” blood.  A season ticket holder since 1977, Bud could count the number of games he’d missed on two hands.  Numerous trips and family functions were planned around the Bronco’s schedule.  He had the honor of attending the 1988 Super Bowl in San Diego.  Unfortunately, the Broncos lost the game, but Bud never wavered in his support for the team, and always had great advice for team management.

Bud’s life will be celebrated at the Horan & McConaty Funeral Home, 9998 Grant Street, Thornton, CO on Sunday, September 15.  Visitation will be from 4:00-6:00 p.m., the Rosary and Sharing will begin at 6:00 p.m.  A Funeral Mass will be held on Monday, September 16, 10:00 a.m., at the Immaculate Heart of Mary Catholic Church, 11385 Grant Drive, Northglenn, CO.  A luncheon reception will follow in the Church Hall.  Private interment will take place at Fort Logan National Cemetery in Denver.

In lieu of flowers, the family requests that memorial donations be made in Bud’s name to the Knights of Columbus, Council #7502 College Scholarship Fund, 2911 W. 104th Avenue, Northglenn, CO  80234, or to the Immaculate Heart of Mary Parish Food Bank, 11385 Grant Drive, Northglenn, CO  80233 (please designate “Food Bank” in the memo section of the check).

Bud was a devoted husband, loving father, doting grandfather and generous friend.  He will be missed by all.

Please share your memories of Bud and condolences with the family by leaving a message below.