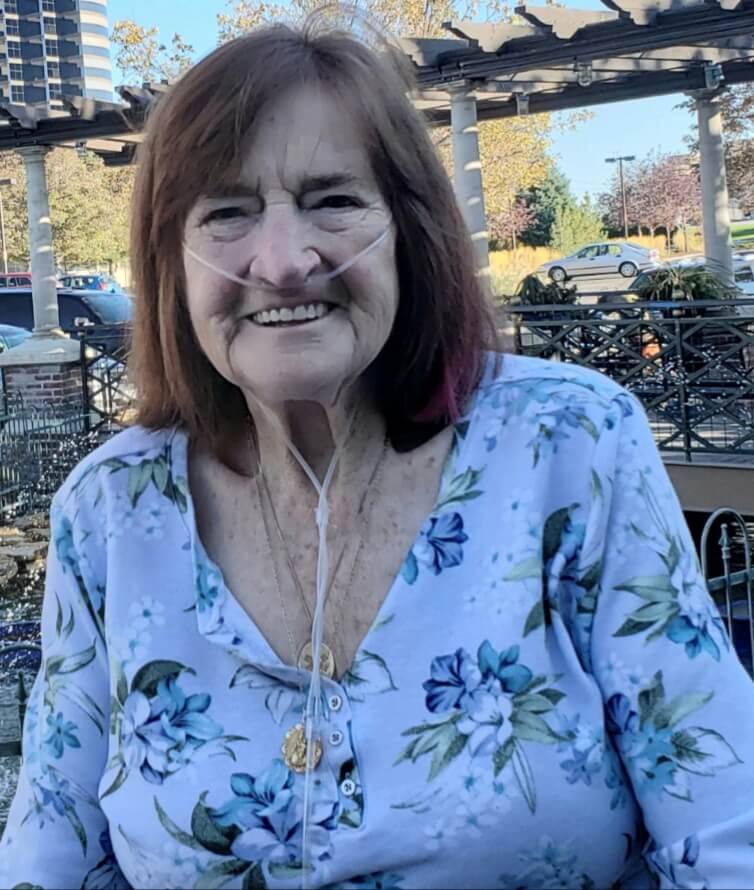 Anna Lenora Gomez, 85, of Denver, Colorado, passed away peacefully November 13, 2019 surrounded by family and friends. Anna was born February 22, 1934 in Burns, Wyoming, to Harvey and Rose (Garner) Fisher. She and her brothers and sisters attended a one-room schoolhouse in Florissant where Anna graduated in 1952. Anna worked for the Welcome Wagon and later took a job with Colorado Market Research. She also worked a second job as a part time probation officer. In 1969 Anna began her career as one of the first women deputy sheriffs for the City and County of Denver. She served as a highly respected officer for twenty-seven years, receiving several commendations before retiring in 1996.

Anna was full of life and lived a wonderful life. Anna woke up with passion and purpose and met each day with a big smile on her face. She started her day with a saying “if every day was like today, then everyday would be beautiful”. In her younger years, Anna traveled extensively to places such as Spain, Mexico, Africa, and Hawaii just to name a few. While in town Anna loved to go out to eat and dance with her sister Gloria. In her later years she loved to get out and have fun around town. Anna loved to meet new friends; she would meet several new friends at the bingo hall she would go to three times a week. She spent many afternoons at the Reunion Coffee House telling people her life story and writing down her thoughts. Anna loved her city and would often go sight see with her buddy Anita and her family. She loved to spend time downtown looking at all the growth and look at the Rocky Mountains.

Anna loved to read books and publications, especially her Readers Digest. After reading her books Anna would sit in front of her computer and type stories, Facebook, and write cards to her friends and family. After playing on the computer, she enjoyed watching shows about police work, talent and loved to be in the know with 9news.

Anna loved a great meal; She loved to enjoy her breakfast with her family. She would always say “this is wonderful” whenever one of her children or grandchildren made a meal for her. Anna often she would go to dinners with her daughters and have some of her favorite foods such as Mexican, Italian, green chili and Chocolate. After dinner, Anna loved to watch the sunsets from her bedroom and porch during the summer months.

Anna was a woman of faith and forgiveness. Anna always spoke of God and would often tell her family to “take God with you always and when you’re done, send him back to me”. She loved to pray, and she believed in being guided by God in all her decisions. She would bow her head put her hand on her heart and ask what she should do and then share it with whoever was in her presence at the time. There was never a moment when Anna missed a moment to share words of wisdom, a story or an experience.

Anna was proud and loved to share her new home with everyone that came into her world. In addition to many visitors from out of town that got to stay during their stay in Colorado, there were many family events as well as holidays that were celebrated in her home. She was proud of her life and all she accomplished. Anna was a retired sheriff, an accomplished genealogist and published author. Many poems, life stories and words of wisdom are among her credited works of art. With all Anna’s accomplishments, she was mostly proud of her children, grandchildren and great grandchildren. She never hesitated to tell her family how proud of them she was or how much she loved them. She often sung her version of lyrics of one of her favorite songs You call everybody darling. She would sing “You call everybody Darling and I love you” to her grandchildren. Her two dogs were her companions and a big part of her later years.

Anna was tenacious in her fight to continue living. Many times, she expressed how much she wanted to continue to “write her story” and experience watching her family grow. Anna didn’t like to say goodbye instead she used clever catch phrases such as “see you later alligator, after while crocodile” upon leaving her home. Anna knew she was always coming back.

As we turn Anna over to the God for her next journey we will remember her life’s saying and moto “united we stand, divided we fall and we are not falling” We love you and we will never forget your legacy and life’s work!

In addition to her husbands, Anna is preceded in death by her parents, sister Nancy Crawford, brothers Jim and William Fisher, sons Gregory Thactcher and David Mair and grandson, Samuel Burks Jr.