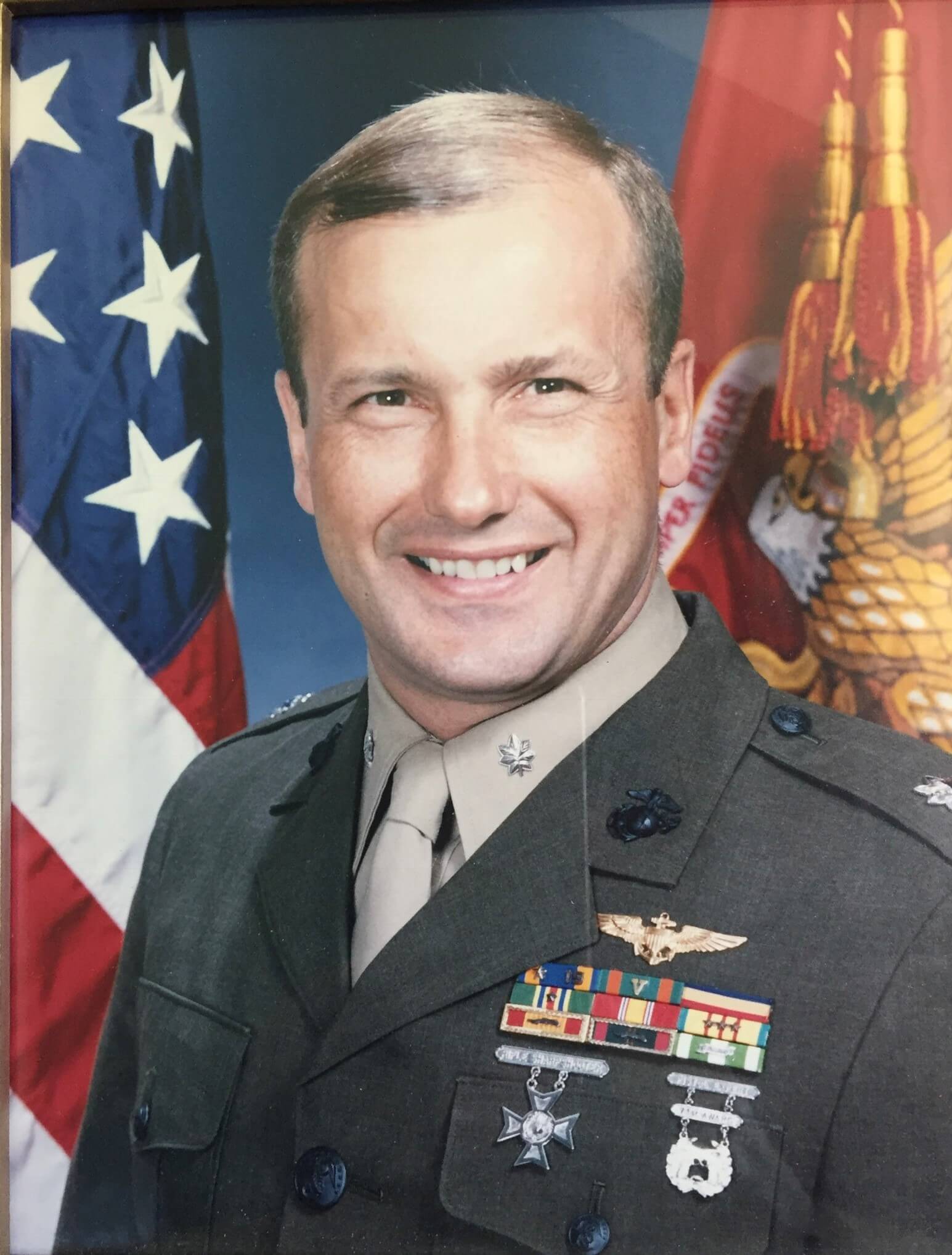 Bernard (Bernie) David Schmidt, 76, died on 7/7/2019 in Parker, CO, after a long illness. He was predeceased by his wife, Jan. He was survived by his wife, Mona; daughter, Kim (Ken); son, David (Anne); and 5 grandchildren: Sophie, Briar, Charlotte, Reed, and Lulu.
Bernie was born in Park Falls, WI, and graduated from Stout University. He was a career military man and served as a USMC F4 pilot during the Vietnam War.
Bernie was an avid cyclist during his years in Southern California, and as a devoted fan he was seldom seen without a Green Bay Packers baseball cap. A kind, loving husband, father and grandfather, Bernie’s smiling eyes and engaging sense of humor will be greatly missed by family and friends.