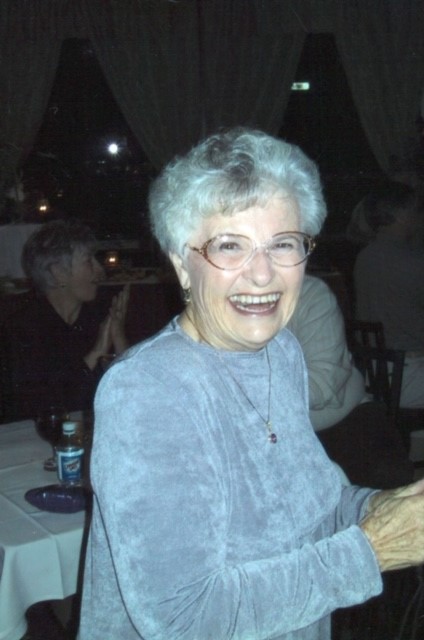 Catherine May Zarlengo passed peacefully February 12. 2020 in Greenwood Village, Co. She was born March 9, 1928 in Denver, Colorado to James Everett Collier and Virginia May Morgan Collier.

Cathy grew up in Denver living with her mother and later with her father and step-mother Lucy Collier. She graduated from North High in 1946 where she was involved with Pep Club, Speech Club and History Club. Cathy noted she may have been a better student but loved Job’s Daughters, ice-skating at Sloan’s Lake and other social events more.  She graduated from Colorado Women’s College in 1949.

In 1950 she married Morton Dyksterhuis and to that union two children were born, Victoria and Laura. May 18, 1956 she married William “Bill” Zarlengo and they had two children, David and Julie. Cathy and Bill moved to Littleton due to Bill’s job with Martin-Marietta in 1963 and raised their children there. They eventually moved to The Village in Highlands Ranch where they made numerous friends and had many good times. She was a very active member of the Village Garden Club. Cathy moved to Brookdale in 2011 following Bill’s death in January of 2010.

Cathy held several different jobs in her life, including “babysitting” her dear friend Dottie’s children Deedee, Gary and Tony; Circle Savings & Loan, and United Airlines. She held several positions and retired from the Arapahoe County Treasurer Department in 1991. Her most important job though was that of being a wife and mother. Among many roles, she served as a Brownie leader, room mother as well as a party and event planner for her children. She chauffeured them and their friends around in her station wagon to dance, gymnastics and ice-skating lessons, to the ski bus, and Friday night skating.

She enjoyed entertaining, was a great cook and loved to dance and do different kinds of crafts. In her early years many family members worked in the theatre industry and she and Mel loved to go to the movies. They enjoyed spending summers with their Collier grandparents. She said attending and being a counselor at summer camps was one of the best things she got to do. Bill was a jazz musician and raced sports cars so for several years they were involved with those activities. Cathy and Bill were also enthusiastic Bronco fans!

She also leaves behind her nephews Stan (Mary) and Scott Dorak and many loving friends including Cas Arcilise.

In lieu of flowers the family requests donations to the Wild Life Sanctuary in Keensburg or St. Jude’s Hospital.