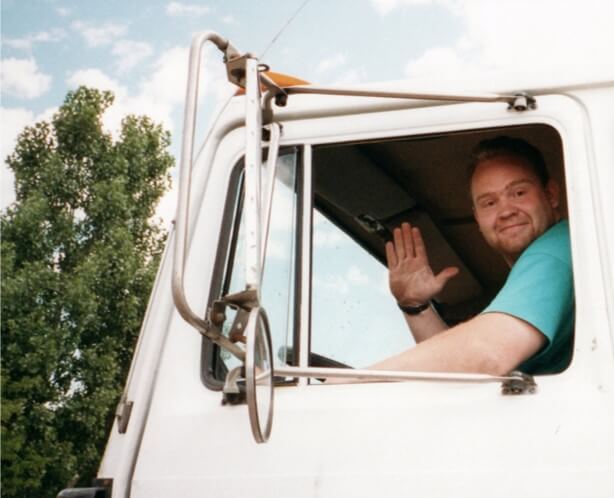 Charles “Charlie” Tuffield, age 48, died at home on May 3, 2019.
Born April 2, 1971 in Denver, CO, he lived in Aurora, CO for most of his life.  Charlie worked as a truck driver, starting in high school when he bought his first truck. As his business grew his trucks got larger. Eventually he decided to exit the small business world and he went to work with TranService Logistics, a company contracted to King Soopers; where he continued to enjoy being a truck driver around Denver and the Front Range. Charlie was a Patriot, and was vocal and active in his support of the Constitution and individual freedom. He was also an avid fan of the Colorado Avalanche and enjoyed following their games with his sister Stefani by phone; they would become quite animated and spirited in their exchanges which were always in support of the Avs. Charlie was an avid collector, and enjoyed collecting watches, pens, Zippo lighters, pocket knives and fidget spinners. He also enjoyed fine cigars and whiskey.
Survivors include his father, Charles “Chuck” Tuffield of Las Vegas, NV; his mother Alice Finning of Fort Sumner, NM; his sister Stefani (Tuffield) Barnett of Fort Sumner, NM, his niece Shana Barnett and nephew Hunter Barnett as well as his stepson Wesley Crane and numerous Aunts, Uncles, Cousins, and their families.
Services will be held at 1 pm on Friday, May 10th, 2019, at Horan & McConaty Funeral Home at 11150 E. Dartmouth Ave., Aurora, CO 80014.
Please share your memories of Charlie and condolences with his family by signing the guestbook below.