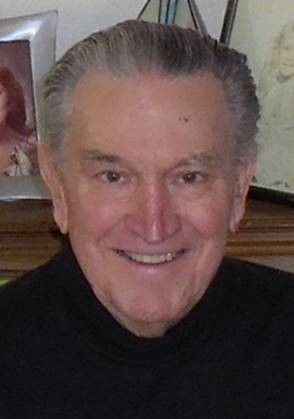 Dan grew up in Ellsworth, PA where he met his high school sweetheart, Evelyn, whom he was completely devoted to for 69 years and happily married to for 59 ½ years before his passing.  Dan graduated from Baldwin Wallace College in Berea, OH where he played on the football team, served in the US Army, and soon after began working for Northwest Airlines based in Anchorage, AK. He and Evelyn moved to Oceanside, NY in 1964 where they raised their three children until 1981, when Dan accepted a position with Frontier Airlines in Denver, CO.

Dan loved spending time with his family, friends, and his beloved Maltese, Ginger. He was a licensed pilot and had a passion for everything related to aviation.  In 1994, he became VP of Transportation Services as one of the founding members of the new Frontier Airlines.  Dan was also a highly respected consultant in the aviation world after his retirement from Frontier.

Dan is survived by his wife, Evelyn, daughter Danielle of Parker, CO, son Brad of Issaquah, WA, daughter Janette of Las Vegas, NV, sisters Betty Davis of Pawleys Island, South Carolina and Margaret Horn of Aldie, Virginia, as well as many nieces and nephews. Interment and service will be held in the spring of 2020.