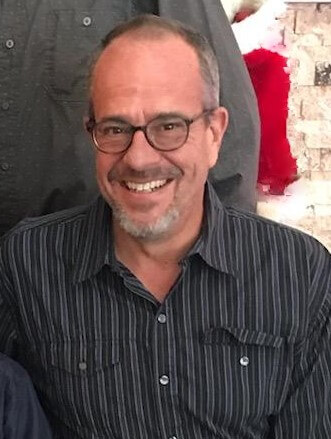 Education: Attended Gateway Highschool in Aurora, Colorado, and received both an Associates Degree in General Electronics and a Professional Certificate in Computer Repair from Pickens Technical College in Aurora, CO

Additional Info: As an accomplished “tinkerer” and tech-hobbyist, Daren had a life-long love of electronics, which led to a very fulfilling career in broadcast engineering.  He had a knack for vintage electronics, muscle cars, and model trains, and often gave on-line advice to collectors.  In fact, he was the trusted “go-to guy” wherever he worked.  He had an impeccable work-ethic and always came through in a pinch.  He also had a tremendous passion for music, which included a variety of genres including classic rock, country, and others.  If legendary bands like his favorite “Boston” were in town, you would probably find Daren at the concert.  Daren was also an avid bowler, and bowled on a league with his son, Dru. He had an amazing sense of humor that his multitude of friends were drawn to.  Daren was simply a good man, as a beloved father, grandfather, brother, son, and friend.  He will be deeply missed.