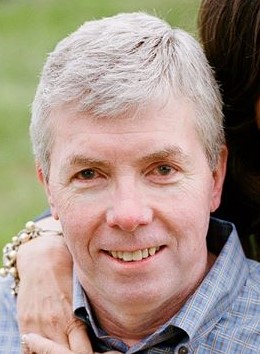 David Clift LeSueur was born on September 26, 1949 and raised in Burbank, California.  He was John and Dolores LeSueur’s first of four children:  David, Stephen, Diana (Bartlett), and Jeff.  As a boy, David’s next younger brother Steve aspired to be David’s rival.  Instead he became David’s closest life-long friend, after David’s wife Mary.  All their lives, Steve and David enjoyed disagreeing about baseball and politics.

David met Mary in December 1970.  He had recently returned from serving a mission in Belgium and France for the Church of Jesus Christ of Latter-day Saints.  His friends told her—because he wouldn’t have—that he was a high school All-American basketball player, that he entered Brigham Young University as one of a handful of students honored with the school’s top academic distinction, the David O. McKay scholarship, and that he was student body president in high school (because everyone else withdrew their names after his friends nominated him).  She tried to convince him to marry her and gave up.  Then he tried to convince her.  It worked. They married on September 3, 1971.

David earned a B.S. in Mathematics.  As David later often told his children, he could have played professional baseball.  He chose to become an actuary instead.  He then did what even Nobel laureate Milton Friedman could not do: he passed all the actuarial exams.  On his first try.

He and Mary have four children. David is the kind of father who attended all of his children’s games and competitions, played piano with his children on his lap, and wrote treasure hunt clues for their Easter eggs.  Stephanie (Price) inherited his athleticism and mathematical excellence.  He taught Carl to shoot free throws and to love The Beatles and The Beach Boys. John has David’s gentle kindness.  Amanda (Berns) learned to make the violin sing in duet with David’s piano.  (She also did David the favor of marrying a man who has an opinion on the integrity of the designated hitter rule.)  David taught his children that setbacks and heartbreaks are temporary, and the future always holds greater joy and more success than any present disappointment.

So fate had it that he would suffer from multiple sclerosis for the last twenty years of his life. But he took it on one day at a time. He could no longer play basketball, so he played tennis.  When he could no longer play tennis, he played more piano.  When he could no longer play piano, he typed out witty articles with humility, hope, and gratitude as a subtext.  When he couldn’t type, he dictated.  When that became too tiring, he told jokes to his grandchildren.  When telling jokes became too tiring he laughed at their jokes and smiled at their cute antics. He made it through those many years only with the determination of Mary, constantly at his side. Thanks to her devoted care he lived to meet fourteen of his grandchildren.

Now his challenges — punctuated with these joys — have come to an end.  He succumbed to the effects of MS on May 17, 2020. His family expects he now reaps the promise of surpassing joy, gorging on his mother’s peanut butter cookies, swapping commentary with his dad on any available sports reruns, and looking forward to the day he will be reunited with Mary and the rest of those he loves.

Memorial services and dedication of a park bench will be held at a future date that allows for gatherings.  Friends and family who so desire are asked to share memories in written or video form by sending them to lesueurmemories@gmail.com or posting to the David C. LeSueur Memorial Facebook page (https://www.facebook.com/groups/547373392637877/).

The family requests that anyone wishing to make donations or send flowers consider donating instead to the David C. LeSueur Math and Physics Endowed Scholarship Fund at Brigham Young University.  Donations may be made by going to the link below or sending a check to the address below, with the name of the fund in the memo line: