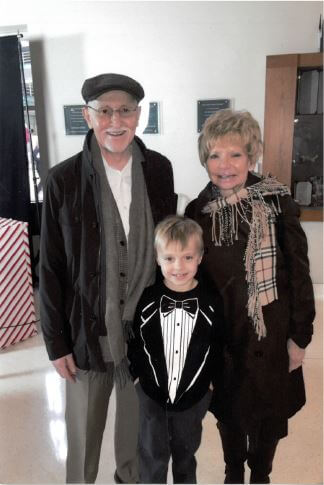 David was born in the suburb of Detroit, and graduated from Michigan State University. He entered the Army as a second lieutenant, and after Infantry and airborne school, trained recruits for Vietnam. After being discharged, he worked two years for the Ford Motor Company, and five years for The Dunlop Tire Company. He then opened a tire store in Denver, which he ran while attending The University of Denver Law School. Upon passing the bar, he practiced law and was involved in several businesses. His primary activity for more than 40 years, was managing commercial properties which he had built. Because of his interest in cars, and his work with Ford and Dunlop, he was especially interested in auto service buildings.

David had type 1 diabetes, and served on the board of the Colorado Affiliate of the American Diabetes Association. At one point he was both President and Chairman of the Board.

From his first marriage David had two daughters, Laura Burke and Juliet Burke. He was very proud of both daughters. David’s marriage to Jeanne Gates brought three step children into his life, Joe Gates, Scott Gates and Dawn Hess. Between them, David & Jeanne had 7 grandchildren, Kelly Stout, Anthony Stout, Athena Archuleta, Wyatt Hess, Easton Gates and Porter Gates. David always said that he was truly happy and content with his life. There will be no public funeral service.