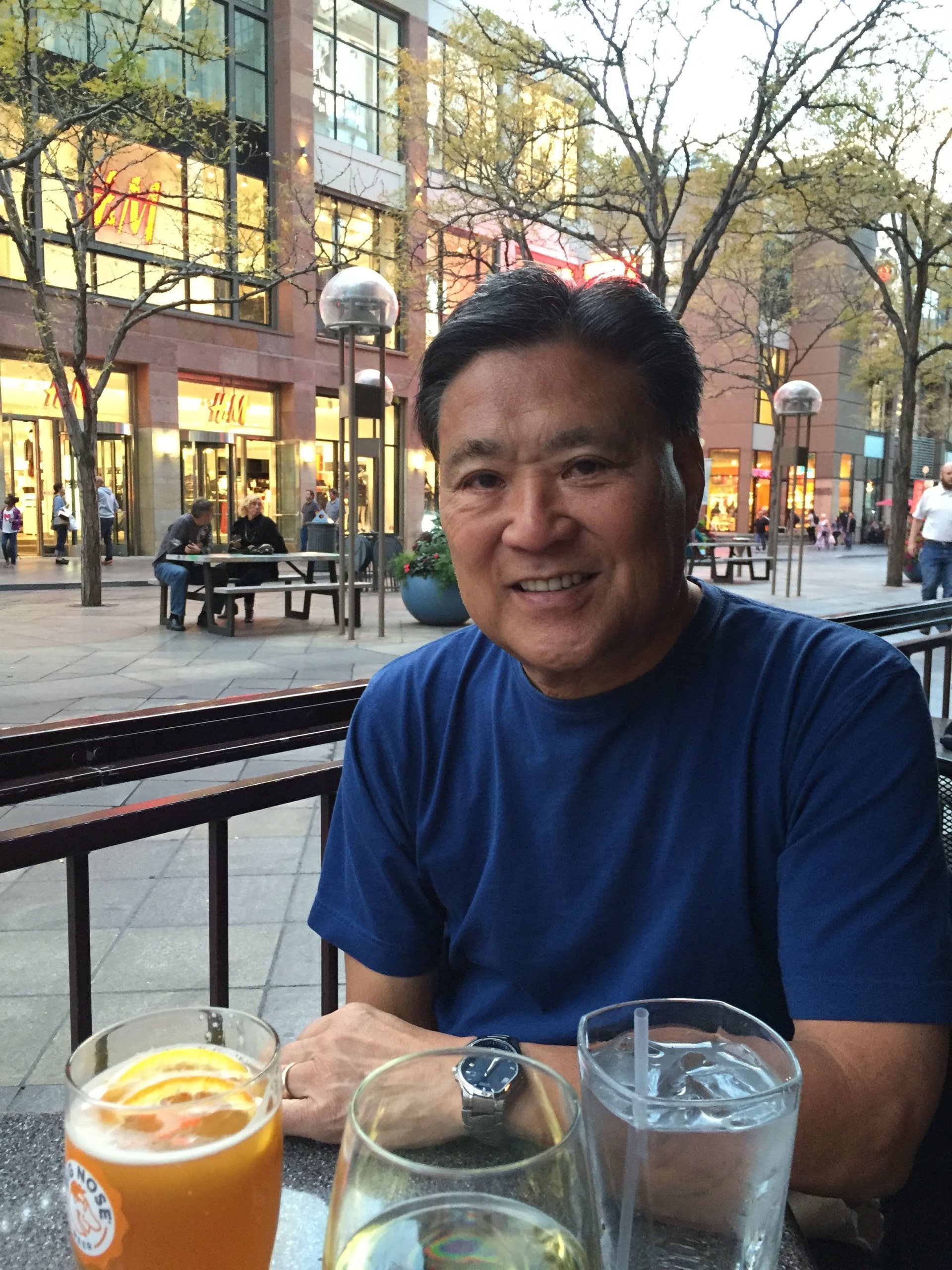 He was born June 3, 1946, in Pocatello, Idaho. He grew up in Ogden, Utah, graduated from Bonneville High School and attended Weber State University. He graduated from Regis University with a business degree and his employment in the financial services arena included Citicorp, First Data, Western Union and QC Holdings.

He is survived by his mother Aiko Kusuda, his wife Donna (Richards) Kusuda, his brothers Robert (Michelle), Keith and Michael (Debbie), his step-son, Steve Gard (Melissa), his step-daughter Debbie Gard Conley, and his granddaughters Vivien and Hannah Elliott. He was preceded in death by his father, Jimmy Kusuda.

Dave was a model of hard work, dedication, honor and integrity. He was a loving husband, son, brother and uncle to many nieces and nephews. He was a devoted father and grandfather, an avid golfer and an animal lover. He will be missed by all who were lucky enough to know him.

A private burial will be held at Fort Logan Cemetery in Denver, Colorado. A Celebration of Life will take place at a later date. Please send memorial contributions in his name to the Dumb Friends League, ATTN: Memorial Donations – 2080 S. Quebec Street, Denver, CO 80231.

You can leave a comment as condolence for his family below, or send a physical card that Horan & McConaty can forward onto the family at: