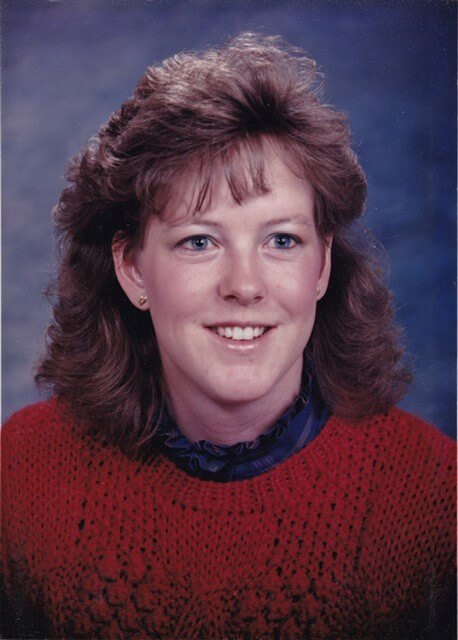 Diane Lewellen Carlson was born in Columbus Indiana on January 5, 1967 to John and Barbara Lewellen and proud older brothers Mike and Brad. John and Barbara decided Colorado was the right place to pursue their American dream and when Diane was 2 they moved to southwest Denver in 1969 with hope and promise on their side.

The family thrived in Denver; Diane attended John F Kennedy High School where she excelled not only in class but also earning honors in Cross Country, Soccer and playing flute in the all city orchestra. Following high school Diane went to Fort Collins and attended Colorado State University, graduating in 4 years with a degree in finance in the spring of 1989. In August 1986, while at CSU, through mutual friends, she met Greg, a University of Colorado Student who had also attended a rival high school.  The two quickly became soul mates and fell in love; they celebrated that love in marriage on April 20, 1991.

Diane and Greg’s love grew profoundly with their evolving lives and three boys, Bryan, Evan, and John. Diane loved many things in life, most importantly teaching her boys about life, love and religion. She was passionate, protective, and vocal with her support when her boys played competitive sports including Football, Baseball, Basketball, and Hockey.  She was all in no matter what, even being ejected from the stands. Diane and Greg were always supportive of whatever adventures Bryan, Evan and John chose to pursue. Diane loved her boys, but was often outnumbered turning to unique ways to control them.  The boys remember her coaxing them inside by telling them “a storm was coming” regardless of the actual weather.

Diane loved to shop, especially for antiques, arts and crafts, and various religious icons, all of which filled her home. She had recently opened an antique booth in a local shop with her good friend Anne, where she had begun to sell many of her own items. Gambling was another fond hobby. When she had the time she enjoyed playing cards and slots, even having her favorite penny machines in Central City and Blackhawk. She enjoyed traveling with very found memories of England, Scotland, camping throughout the West, trips back to Indiana to see family and of course anything Disney. In 2018 she was able to travel to some of her favorite places including Santa Fe NM, Indiana to see family, and a bucket list trip on an Alaskan Cruise with Greg.

After a heroic battle with cancer Diane passed away in peace at her home in Littleton, Colorado with Greg, Bryan and John at her side, holding Greg’s hand as a bridge to Heaven and their second son Evan. Diane was preceded in passing by their beloved son Evan in July of 2015, her Father John and Mother Barbara.  She is survived by her best friend and husband Greg, their sons Bryan, and John; her brothers Mike (Michelle) Lewellen of Denver Colorado, Brad Lewellen of Golden Colorado, and  several nieces, nephews and grand nieces.

In lieu of flowers please consider donations to the American cancer Society at http://main.acsevents.org/goto/Diane_L_Carlson

A Recitation of the Rosary will be held on Thursday, April 25, 2019 beginning at 7:00 PM at Horan & McConaty Family Chapel, 3101 South Wadsworth Boulevard, Lakewood, Colorado.

A Funeral Mass honoring Diane’s life will be held on Friday, April 26, 2019 at 10:00 AM at St. Mary Catholic Church, 6853 South Prince Street, Littleton, Colorado. The family will receive friends and family at a reception in the church hall immediately following the Funeral Mass.

Please share your memories of Diane and condolences with her family by signing the guest book below.