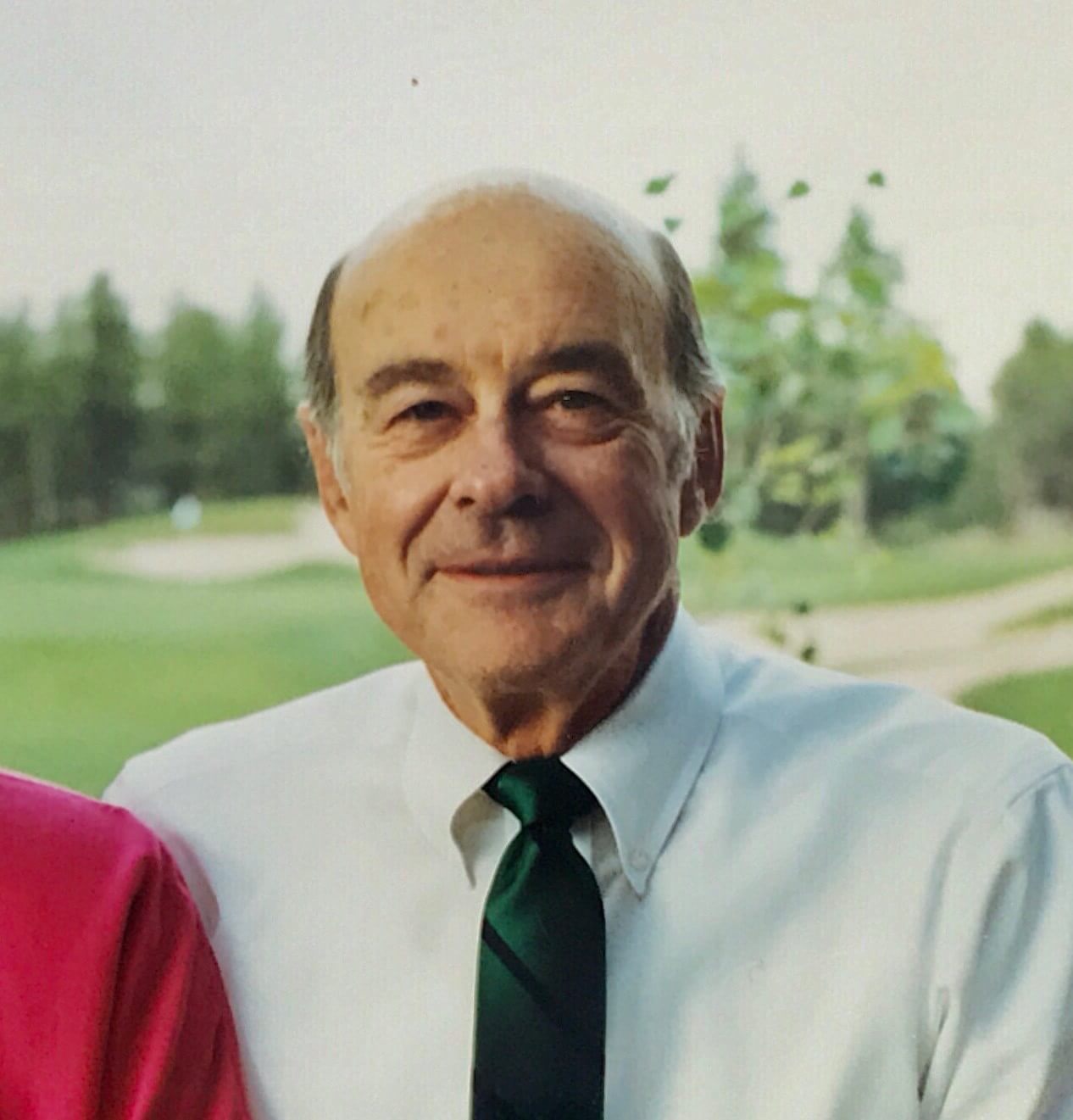 Donald Richard Chabot, 93, passed away May 7, 2019. Don was born April 17th, 1926 to Walter Chabot and Viola Pascoe Chabot in Duluth, MN. He was an only child who loved to ice skate, fish and play curling. Don attended Central High School where he met Sally Bagley. They started dating and she soon became the love of his life and married March 31, 1951.

Don received his business degree with honors from the University of Minnesota Duluth while working as a sales clerk in the linen department at the Glass Block. His work ethic and determination led to subsequent promotions and a transfer to the Castnor Knott store in Nashville, TN followed by the Root’s store in Terre Haute, Indiana.

Don’s savvy business acumen eventually elevated him in 1963 to the position of President of Joslins where he excelled and moved the needle ranking them #1 for local department chains for several years by his retirement in the 1990’s.

Among his many professional accomplishments, Don was on the Board of Directors for the Children’s Hospital, The Board of Directors for Central Bank and Trust, he was the first man honored by Big Sisters for his involvement with the organization, he originated “Run for a Child’s Sake” through the Children’s Hospital, he was on the Board of Directors of Cherry Hills Country Club, he developed alliances with the Denver Symphony where he was the conductor for an evening of the Nutcracker, a member of Young President’s Organization, Rotary Club, the Wigwam Club, Country Club of the Rockies, Bay Point Yacht and Country Club and more.
Don was an avid fly fisherman, duck hunter, golfer, skier, tennis player, and boater. All of which he was remarkably self-taught.

Donald’s path in life established him as an exemplary human being, a family man, an astute businessman, respected community leader and all around good person.
Don was a proud husband, father, grandfather and great grandfather.

Donations may be made in memory of Donald Chabot to: