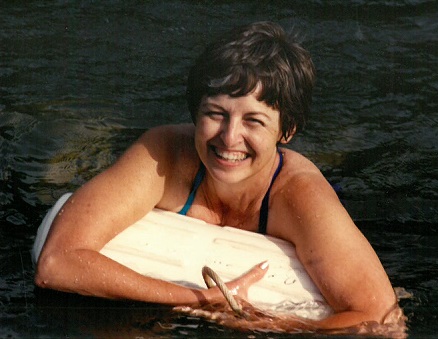 Donna Lee Pickens was born on February 9, 1942 in Billings, Montana to Hubert and Muriel Appleby and passed away in Lakewood, Colorado on August 5, 2019 at the age of 77.

She was preceded in death by her 2 sisters, Barbie (who died at an early age from an asthma attack) and Jody.  She leaves behind her beloved husband of 58 years, Jim, and brother, Dick Appleby, two boys, Jerry and Troy, 3 grandchildren, Tyler, Taryn and Hailey.  And also the mother of the 3 grandchildren, Heidi Van Eaton, who has always remained a special part of the family.  She also left two sisters-in-law, Darlene Lovisone (Don) and Sherrie Andersen (Jeff), and numerous other relatives and friends.

Her family moved to Englewood in 1954.  She attended Englewood schools including Englewood High School where she met Jim Pickens.  They were married on June 24th, 1961.  Their first born son, Jerry Curtis, was born on June 2nd, 1962.  Troy Allen came along on April 2nd, 1967.

She worked at The University of Denver after they were married but was basically a stay-at-home mom with some part-time work at State Farm Insurance Company.   Donna and Jim moved to Lakewood in 1965.

Donna loved playing bridge and enjoyed having the ‘kids’ over on Sundays for Bronco games and playing card games.  Donna leaves behind dozens of beloved friends and her prized dog, Frankie, who misses her terribly.

Donna died from a massive brain hemorrhage on August 5th, 2019.  In lieu of flowers, please consider a donation in Donna’s honor to the Denver Dumb Friends League to help support her love of dogs.

Memorial services and a reception will be held on Monday, September 23, 2019 at Horan and McConaty Family Chapel at 11:00 A.M, 3101 South Wadsworth Blvd, Lakewood, CO.

Please share your memories and condolences with Donna’s family by signing the guest book below.

The family greatly appreciates donations made to these charities in Donna L. Pickens's name.