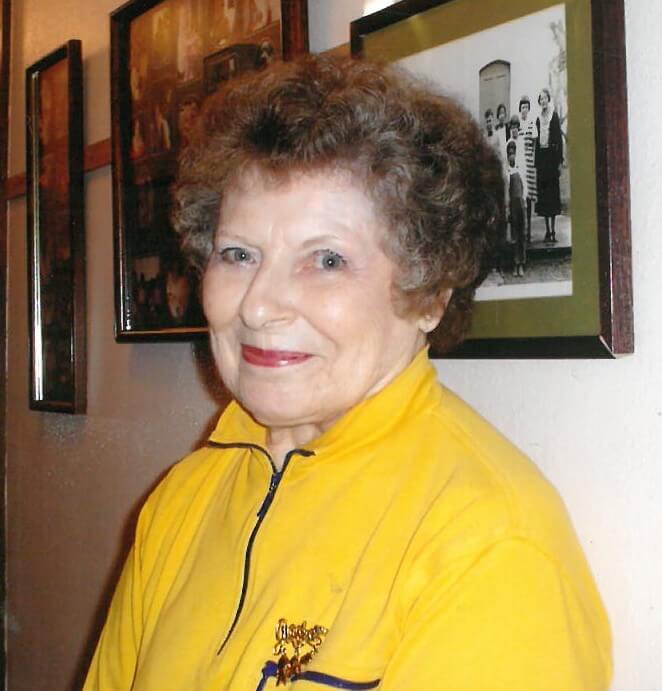 Elaine Margaret Bauer was born on July 21, 1928 in Fort Collins, CO to Alexander and Amelia Bauer. She had one sibling, a sister, Vada, who was 3 years old when Elaine was born.

Elaine attended and graduated from Fort Collins High School in 1945. While attending FCHS, Elaine met and fell in love with William R. Launchbaugh, and they were married on July 20, 1947 at First Presbyterian Church in Fort Collins, CO. Elaine and Bill had two daughters, Diane Lynn and Julie Kay. The family resided in Fort Collins until 1970 when they moved to Colorado Springs, CO. Bill and Elaine relocated to Littleton, CO in 1972.

Over the years, in addition to being a wonderful wife, homemaker, Mom and Grandma, Elaine spent time at a variety of interesting jobs: everything from typing thesis papers for college students; to legal secretary; to secretary for a Colonel at Ent Air Force Base; to executive secretary at Butler Paper Co. She retired from Butler Paper in 1992.

Elaine and Bill enjoyed their retirement, especially time spent with their daughters and husbands, as well as their three grandchildren, Kristi Claypool, Tyler Gunkel and Kyle “Alex” Merchant. Elaine is also survived by two great-granddaughters, Avery and Elise Claypool, whom she would have adored (and spoiled!) had she had the mental capacity to know them.

Elaine had a lifelong love of the outdoors, a passion for flowers and gardening, enjoyed listening to all kinds of music, played the piano beautifully the majority of her life, and simply delighted in spending free time with family and friends.

Bill predeceased Elaine in 2002. Elaine lived in assisted living for three years before needing additional care due to Alzheimer’s Disease. At the time of her death, she was living at Amberwood Court Care Center in Denver, CO. She passed away peacefully at age 91.

Elaine will be remembered by all as a sweet, kind and gentle lady who dearly loved her husband and family. She will be sorely missed by all who knew and adored her. She certainly has earned her angel wings.

Rest in peace, Elaine. You will be loved for all eternity.

In lieu of gifts or flowers, the family suggests making a donation in honor of Elaine Launchbaugh, to The Alzheimer’s Association. Information on how to donate, can be found below.

The family greatly appreciates donations made to these charities in Elaine M. Launchbaugh's name.