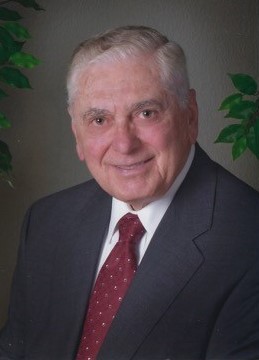 Colonel Frank Romano, one of the few remaining members of “The Greatest Generation” passed away at Sky Ridge Medical Center on June 27, 2020.  His son, Robert Romano was by his side.  Colonel Romano was born in Corona, Queens NY into an Italian immigrant family.  He was raised among an extended family of aunts, uncles, cousins and grandparents.  He attended the New York City public school system – excelling and graduating High School at the age of 16.

One might ask how an Italian boy from New York ended up in Colorado.  In 1942, as our country, and world, was at war, he felt the need to serve.  Too young to enlist, his mother had to sign his enlistment papers.  His first assignment was with the famous 10th Mountain Division in Leadville, Colorado.  It was during this time that he fell in love with the Colorado Rocky Mountains.  The journey began.

Colonel Romano retired in 1974 in Colorado Springs, where for the first time in over 30 years set up long term housekeeping.  He and Patricia spent 31 years in the same house, finished raising their family and made many long time friends.  In 2005, with children and grandchildren living in the Denver area, they decided to relocate to Lone Tree where they spent their remaining years.

Colonel Romano lived his almost 96 years to the fullest.  He was his happiest when he was surrounded by his family, preferably with a big plate of pasta, meatballs and a glass of chianti.  His children and grandchildren feel so blessed he was in their lives for so long and are proud to carry on many of his Italian traditions.

Colonel Romano was predeceased by Patricia, his wife of almost 60 years and his oldest child, Frank Romano III.  He is survived by 5 children – Joanne Capozzi and husband Rocky of Eagle River, AK – Michael Romano and his companion Vicki Norrie of Goodyear, AZ – Robert Romano of Aurora, CO –  Marianne Parker and husband Rick of Rogers AR –  James Romano and his wife Andrea of Lone Tree, CO – 11 grandchildren and 10 great grandchildren.  He is also survived by his companion of 10 years, Janet Hanna of Centennial, CO.

A Mass of Christian Burial will be held at St. Thomas Moore Catholic Church in Centennial, Co, and internment with full Military Honors at Logan National Cemetery.  This will be held privately for immediate family at a later date.