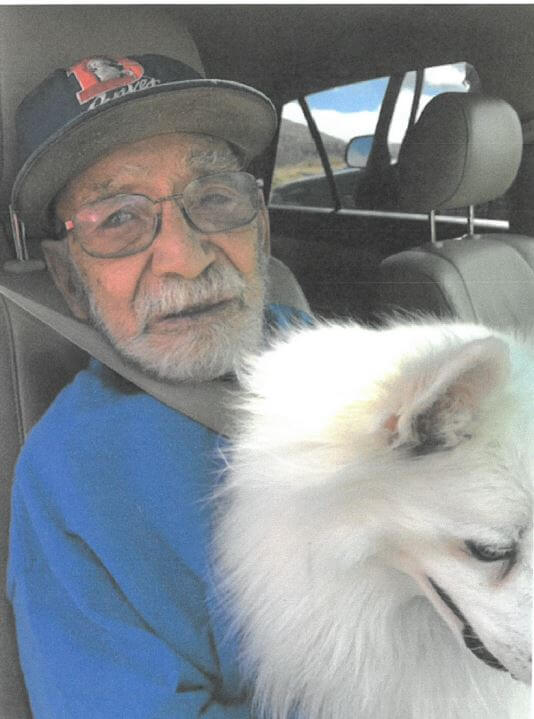 Fred A. Jensen of Emerson Street in Denver has joined his wife Janet and mother Eleanor in the peaceful hereafter. He is mourned by his friends and caregivers, and his beloved companion dog Olaf.

Fred was married to Janet for over 30 years, enjoying her companionship as they traveled the nation together. In later years, he nursed her through several serious health crises and finally found a lovely nursing center to keep her safe. He lived these last four years without her but pined for her presence every day.

All who knew him knew of his lifelong passion for his dogs, many of which have been American Eskimos – fluffy, affectionate and whiter than white.

He was an enthusiastic collector of stamps (originally inspired by his mother, amusing him on a sickly afternoon in childhood), and he amassed an impressive collection for over 70 years.

His interest in history was mostly focused on the United States and Colorado. His knowledge of the early days of Denver and Colorado was impressive and he could share anecdotes at the drop of a hat.

His fascinations extended to historic coins which he also collected, and to old trains. He and Jan often rode the rails throughout Colorado, enjoying nature and soaking up the history at historic sites.

In earlier years he was a skilled woodworker, creating several pieces that still furnish his Denver home.

His creativity was also exhibited in his work as a floral designer at the neighborhood Safeway, a role he successfully filled when he boldly announced to the manager that the current designer was not up to snuff.

His work at Safeway lead to many lasting friendships that he enjoyed most of his life. His friends Rich and Charlie were deeply treasured companions to him especially after Jan’s passing.

For the last 18 years Fred struggled with kidney failure and was reliant on dialysis to maintain his health. This regimen was a grueling ordeal for him but it did allow him to live out those 18 years with independence and determination. Those who cared for him at Davita Dialysis are some of the hardest hit by his passing, as they had come to love and respect him over those many years.

Despite his failing health, Fred maintained his independence to the end, living in the comfort of his own home with his beloved Olaf. This was made possible by the support of his friend Cathy, and also a companion named Valerie who visited him regularly for several of his last months.

All who knew him well will miss Fred’s intelligence, quirky sense of humor and unique take on life and its challenges.

All are welcome to attend his memorial Saturday, September 28 at 10am at Horan & McConaty (Colorado and Mississippi).