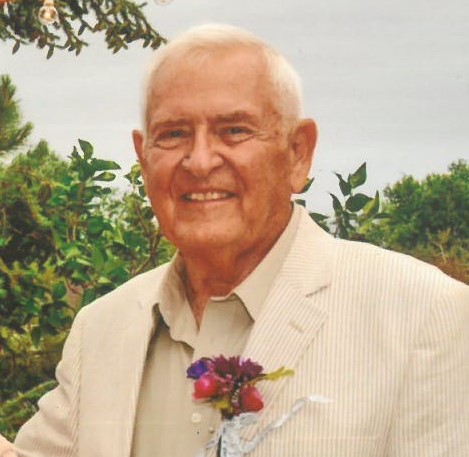 On June 25, 2020, Gordon Neal Kenney of Foxfield, Colorado passed away peacefully at Denver Hospice from pancreatic cancer. He was born on March 3, 1936 in Kearney, Nebraska into a large family including parents Archie and Martha Kenney, and older siblings Eula, Dean, and Leland. The family moved to a farm near Corydon, Iowa when he was four, where he soon attended a one-room schoolhouse featuring an encyclopedia which he read in its entirety. It was in Corydon where he met Shirley Jeannette Hart.  The high school sweethearts were married in 1956, beginning a 64-year journey together. Eager to pursue a professional career, he (and Shirley) studied at Simpson College in Indianola, Iowa, followed by the University of Kansas and the University of Wisconsin, culminating in 1965 in a Master’s Degree in Radiological Physics. At the same time, he was building a family that came to include three sons: Bradley Neal (1958), Gregory Gordon (1961), and Douglas Steven (1964). After completing his studies, Gordon moved the family in 1967 to Aurora, Colorado to pursue a long career in medical physics (and program administration) at Presbyterian (later Presbyterian/St. Lukes) Hospital in Denver. Once the boys had left the nest, he and Shirley moved to Foxfield where he retired and later served as a trustee on the town council.

Retirement provided Gordon with new opportunities to focus on the long list of hobbies that had long fueled his seemingly endless curiosities—especially those that spoke to his fascination with science and technology. Cars, and the many friends that loved cars, were a lifelong obsession. His affection for classic British cars was balanced by an equal fascination with electric vehicles, a passion that included serving as President of the Denver Electric Vehicle Council and his design and construction of a 3-wheeled electric “trimuter” in 1983, a precursor to the Tesla that would become his final ride. Other vehicles included a stable of sports cars and collector cars, as well as the Turquoise Tortoise—a school bus he converted into an RV that was used to take the family on several ambitious trips across the country. Other hobbies included aviation (as a pilot), photography, and anything else that fueled the imagination of his growing family, even when it required him to attend sporting events for which he otherwise had zero interest. Among his lesser known interests included napping on the couch, Tootsie Rolls, gadgets (of all kinds), dad jokes, and teaching moments. Whenever you heard him say, “You should know how this works,” you knew a lesson in technology or life was forthcoming.

Gordon Kenney was a fantastic husband, father, friend, colleague, neighbor, teacher, role model, and counselor whose influence will continue long past his death. He is survived by wife Shirley; sons Brad (and wife Cathy), Greg, and Doug; brother Dean (and wife Doris) Kenney; and grandchildren Cody Neal Kenney and Casey Nicole Maring. His remains will be interned at the Cremation Gardens at Rocky Mountain Memorial Park in Aurora. The family has chosen to hold a celebration of a life well lived at the family home in Foxfield. In lieu of flowers, contributions in Gordon’s name can be made to Sox Place (2017 Lawrence St., Denver CO, 80215).