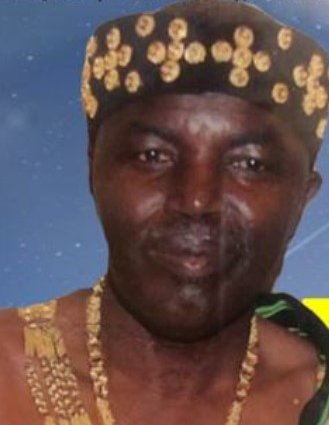 Harrison Kwaku Amartey also known as GA Mantse, at the age of 77 passed away peacefully on Friday, December 6, 2019 at Denver Hospice, with family by his side. Harrison was born July 20, 1942 in Ghana to Kwashie Amartey and Comfort Dzobotse. He attended Anglican Middle School at Adeiso in the Eastern Region. Later he became an apprentice for a mechanic. In his early 20’s he then moved to Liberia. In 1968, he decided that he wanted to move to the U.S.A. He got on a ship and left Liberia and started his journey in Philadelphia. Harrison held many jobs while living in the states. His last job was working at Safeway Bread Plant as a maintenance technician. On his spare time, he would go to City Park and play tennis. All his friends knew that court #1 was his court. Harrison was such a good tennis player. In 1990, he was #2 in the state of Colorado for the men’;s 4.5 singles. Harrison was also a well-respected man and played a positive impact in his community. He was involved in the GA associations, Ewe association, Unity and Ghana Council. He was the first chief in the Ghanaian community. He also acted as a father figure to many people. He devoted his time helping the Ghanaian community in all aspects whether it was helping in the planning of a funeral, immigration and any court issues a person may have had. Today he leaves behind his wife, Sylvia and five children, Emmanuel, Harry, Nneka, Naa Amerley, Naa Amorkor and four grandchildren. Harrison has touched many lives during his time on Earth and his smiles, and presence will be truly missed.