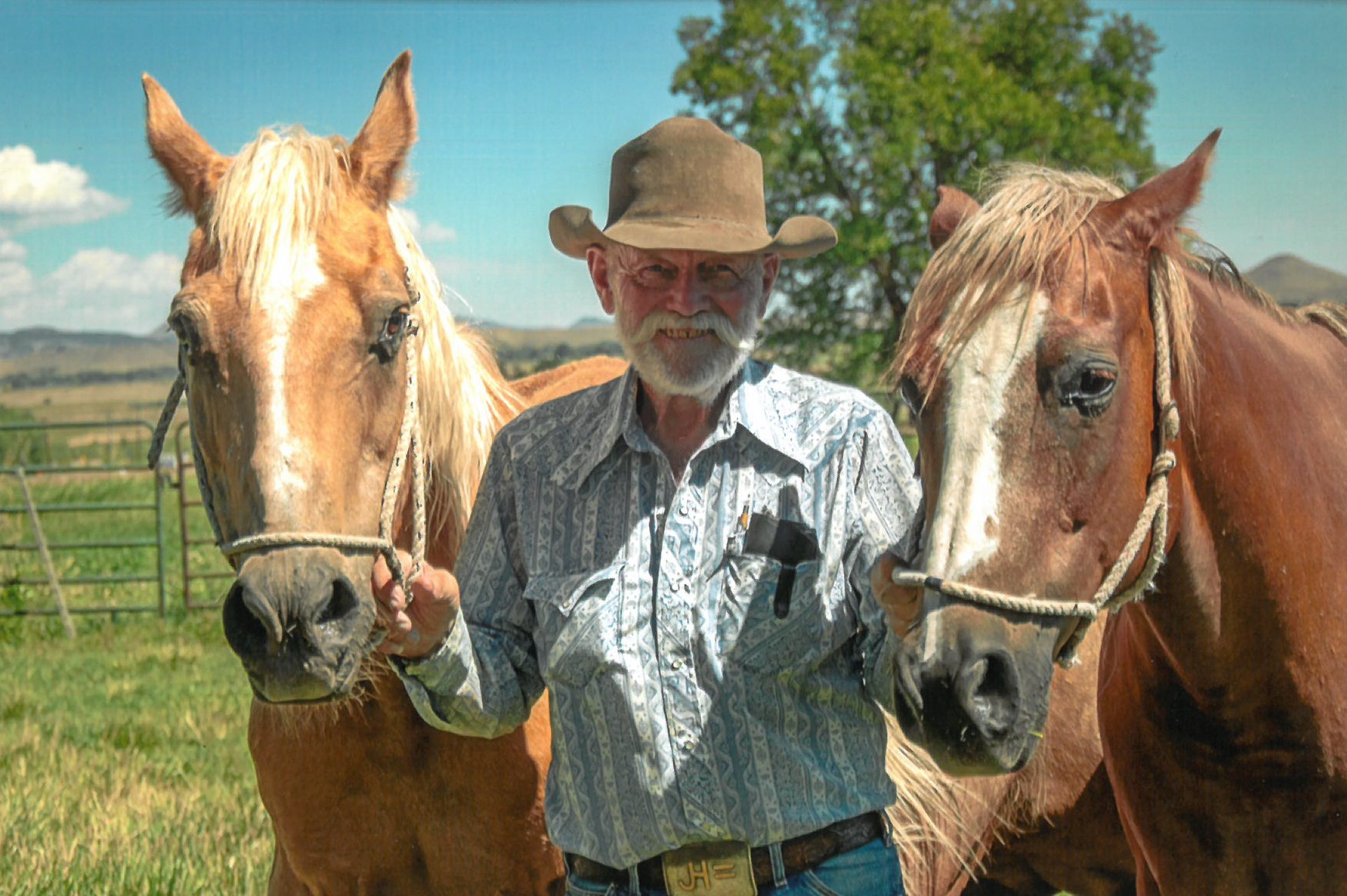 Jim Hobbs, 83, of Boulder, CO passed peacefully in his sleep at home after a three-day turkey hunt.

He was a cherished family man, avid outdoorsman and a true cowboy. Born at the Monarch Mine (Louisville, CO) March 18, 1937 to Robert Hobbs and Blanche (Luker) Hobbs, he was the oldest of 4 siblings. Raised in the times after the Great Depression, he learned the value and necessity of hard work. Working on his family’s farm east of Eastlake, CO from a very early age, instilled a livestock and farming background he used his entire life. Graduating from Adams City High School in 1955 he married the love of his life Evelyn Eppinger in 1958 in Denver, CO. Together they raised two sons, Jesse (1960) and J. Frank (1961) first in Eastlake, CO and then on to the Troublesome east of Kremmling, CO before finally settling at their current residence north of Boulder.

Jim thoroughly enjoyed watching and coaching his sons in their school sports activities and especially both of their rodeo careers. His love of the outdoors, fishing and hunting were paramount in his life. Turkey hunting and the yearly elk hunt on Troublesome creek were two passions he pursued and loved to share stories of to most anyone he met. After a few various jobs he spent 30 great years working for the Public Service Company of Colorado as a lineman, retiring in 1994. Probably his greatest achievement in life was his cow herd he put together starting with 1 cow and the purchase of his beloved 27 Mile Ranch south of Brush, CO. Many great years of raising calves and riding good horses at the ranch made his life very fulfilling. He was a huge NASCAR and Pro Rodeo fan as well. Jim was a former 4-H leader, scout leader, member of the Antique Bottle Collectors of Colorado and a life member of the NRA.

Per his request he has been cremated, and no service will be held.

Jim and the family also request no memorial contributions.

A private, family service will be held at a later date.

Please share memories of Jim and condolences with his family by signing the online guestbook below.