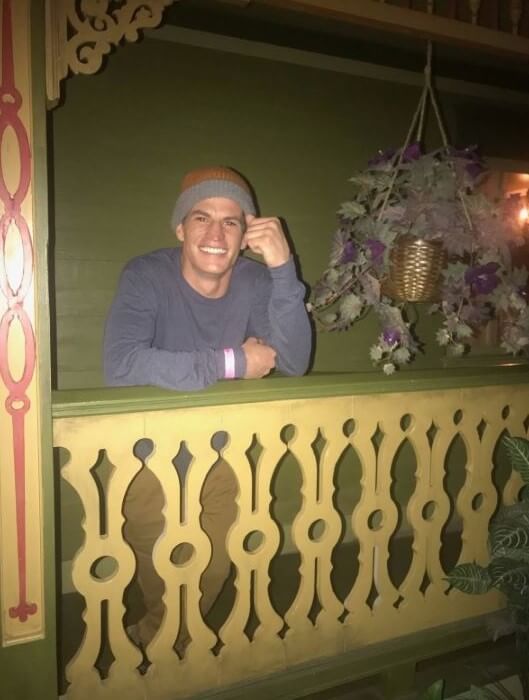 John C. “Jack” Gardner, 27, cherished brother, son, nephew and friend, left us too early on May 4, 2019. He was from Aurora, Colorado but resided for a time in Dillon, Colorado.

Jack was born August 20, 1991 in Cheyenne, Wyoming to Peter S. and Ann Gillgannon Gardner. He was the third of four boys born into this loving family. Jack is a graduate of Smoky Hill High School and Colorado Mountain College, receiving an Associate of Arts Degree.

Jack was full of immense talent. He was a rapper, and hip-hop was his muse. Jack loved to write rhymes and express his uniquely funny yet profound view of the world. Jack had an encyclopedic knowledge of hip-hop, and it was truly incredible to ride around in a car or go to a show with him and hear him spout every verse of every song, from Tupac to J. Cole and everything in-between. His love of hip-hop also inspired him through his following passions:

Snowboarding in the Rocky Mountains, where his style was carefree. He feared nothing and rode everything. While this resulted in many surgeries and a bionic body, it was always worth the challenge for the thrill and the make.

Sports, his first love. He played baseball throughout his youth and was an exceptional athlete at anything he tried. He was also a die-hard sports fan; his shouts at every sack, touchdown, and win of his Denver Broncos (especially the three Super Bowls and any defeat of his nemesis, Philip Rivers) were louder than any on the planet, and John Elway would be proud of how well he wore his beloved number 7 jersey.

Skateboarding, art, and outdoor adventures such as hiking, hunting, and fishing also allowed him to express his beautiful soul. Jack traveled the country on a number of trips in order to experience his love of nature, and those who accompanied him on his travels know how much he loved being out in the world.

Jack also worked as an educator with elementary aged students and would do anything to make them smile. Students knew he cared for each and every one of them, and if there was a body of water and an audience of kids he would launch ten feet in the air and land flat on his belly.

What was most important to Jack was sharing his experience of what he loved with his family and friends, and his smile was brightest and voice loudest in those moments. He was a thrilling storyteller, and you would be sure to hear about his adventures if you couldn’t be there with him.

Jack suffered the loss of the family dog Hannah and brought the gift of the dog Lana to our lives.

Jack was preceded in death by his cherished grandparents Jeanne “ya-ya” Gillgannon (Futvoye) and Gibson Gardner; his cousins Nick and Addison; and his uncle Bob Gardner and aunt Joan Gillgannon, both of whom he felt a deep connection.

Jack’s embrace of the fun in life is best heard in these lyrics he wrote:

I roll it up, drive with my knees
It’s simple I do it with ease
Let’s just cruise we’ll hit the streets
Get loose and hit these trees

The Gardner family appreciates your love and support.

In lieu of flowers, we ask you to consider a charitable donation to any of the following programs that were important to Jack:

Ian James Wallace Scholarship – Donate online at www.ianjameswallace.org. Indicate that the gift is in memory of Jack Gardner.