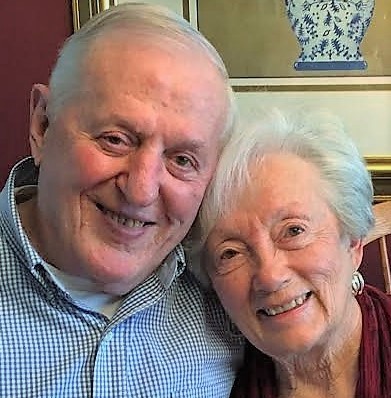 Born November 28, 1932, to immigrant parents from northern Italy, John Vernell Brock was 87 when he died on June 20. John was raised in Woodland Park and Colorado Springs. John grew up hunting and fishing, sometimes legally, and sometimes without a license in the company of  his colorful cousin Gabe, who owned and operated Brock’s Crystola Inn. John’s mother died suddenly when he was 17, and shortly thereafter he enlisted in the Navy. He served for 15 months as an intelligence analyst during the Korean War.

Though John’s parents had little formal education, they strongly encouraged their children to maximize their opportunities in America by getting a college education. Upon returning to the U.S., John took advantage of the G.I. bill to enroll at Colorado College to earn a degree in geology. He met a recently graduated nurse from Denver, Patricia Scherr, and they married in 1955. They had 5 children over the next 10 years.  John worked as an exploration geologist for Sinclair, Tenneco, and Tesoro oil companies, and the family moved between Colorado and Texas several times. He and Pat settled into their final home in Centennial, Colorado, in 1989.

John loved fly-fishing and spending time with his family up at the mountain cabin outside of Lake George that he and other family members built in 1969. The cabin was his legacy to his children and grandchildren, and it remains a sought-after haven, as he intended. John was preceded in death by his beloved wife in 2017. It was John’s greatest wish to join Pat and we are happy that they are together again.

John and Pat were calm, supportive, pragmatic parents who led by example and followed the Golden Rule. It was a privilege to grow up in such a strong, lively home, where critical thinking and personal responsibility were expected and encouraged. He is survived by his children Karen Norris, Kim Taylor (Chip), Trish Brock (David Daigle), Stephanie Logan (Fred), and Kurt Brock (Charlene). He is also survived by 15 exceptionally intelligent and well-educated grandchildren, of whom he was extremely proud. Five of those grandchildren are currently serving their country in uniform. He is also survived by 3 great-grandchildren. A memorial service will be held in June of 2021.

Please share your memories of John and condolences with his family by signing the guest book below.