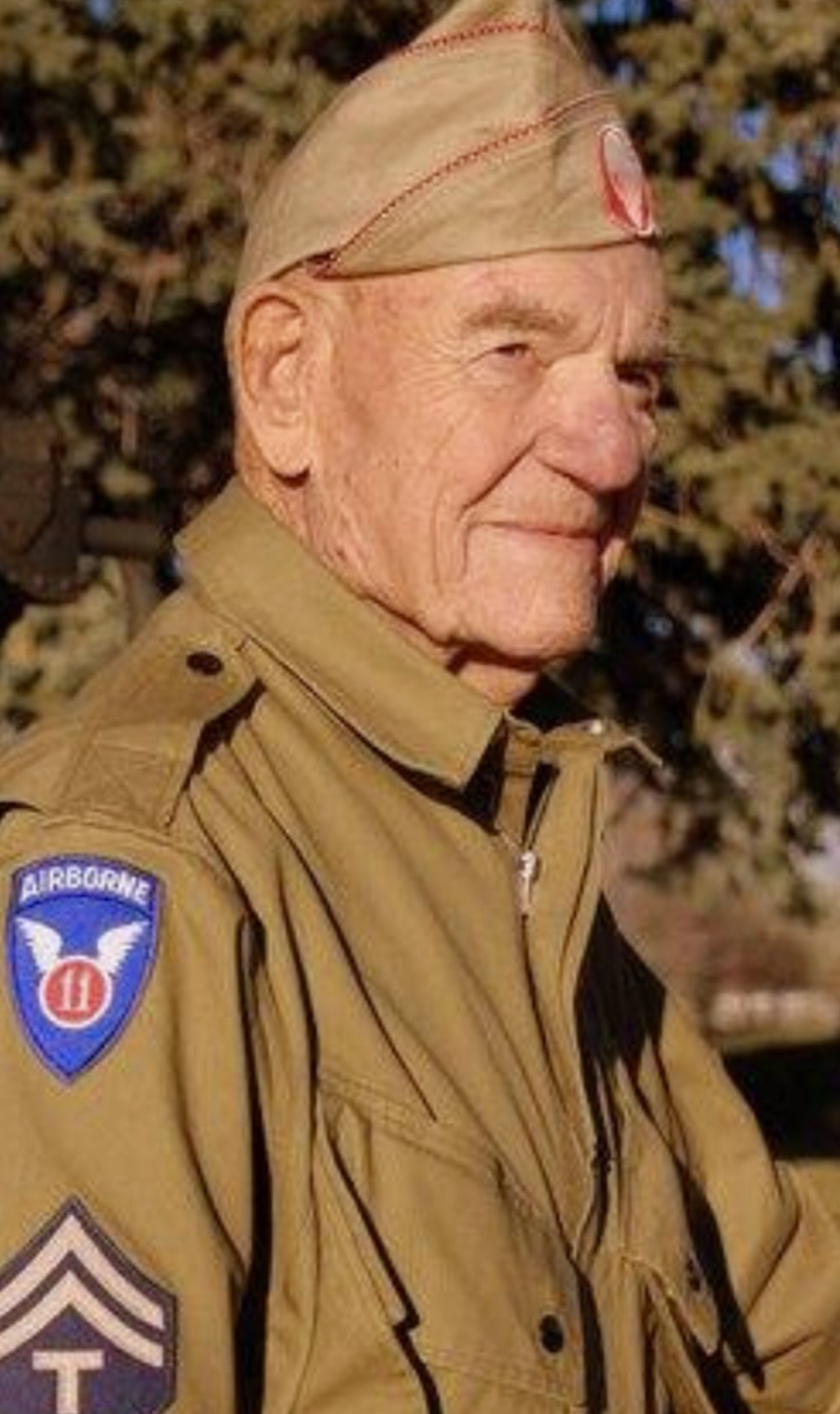 Lloyd was born June 6, 1923 in Melva, Missouri and died on June 22, 2020 at St. Anthony’s North Campus. Lloyd grew up in southern Missouri during the roughest of times and this made him a strong, independent man.

Lloyd volunteered for the Parachute Troops in the Army in 1942. He was in the 11th Airborne Engineering Division, a combat Engineer. He said “the first plane he ever rode in, he jumped out of.” The 11th division served in the Pacific Theatre, first to New Guinea, then were in the invasion of Leyte. He was proud of the road he built in the Philippines to Lake Taal that is still used today. The 11th division was the first American troops to occupy Japan after the war. He said the people were very nice to them.

During leave in 1943, he married Valeeta Nicholson and they had two daughters, Kayan and Gayle Wade. They later divorced.

During the war, he carried a small American flag, which he still had. He was proud to have served his country and loved our flag.

Lloyd was honorably discharged in 1945. After the war and several different jobs, he went to work for Western Electric (AT&T). Lloyd transferred to Colorado with Western Electric in 1969. He met and married Dorothy (Dottie) on May 20, 1972. Together they raised her two children, Steve and Karen. He retired from Western Electric on June 6, 1978 but never quit working. Loving construction, he was always looking forward to the next project.

Lloyd dearly loved all his family, he loved preparing a meal for all to enjoy, loved his friends, mountains, hunting, fishing, golfing, bowling, baseball, football. He was a man of many talents and excellent at everything he started. He loved riding in Parades with the Military Vehicle Club and was over-joyed whenever a parade was coming up.

Lloyd was always ready to lend a helping hand to family, friends, anyone needing help. Lloyd was a member of Mosaic Lodge #184 AF & AM, Scottish Rite Valley of Denver, El Jebel Shrine, American Legion and Elks Club and Telephone Pioneers of America.

Lloyd is survived by his wife of 48 years, Dorothy Wade; his daughters by a previous marriage Kayan Wade of Indiana and Gayle Wade of Michigan; step-son, Steve Clay (Adrienne) of Thornton; step-daughter, Karen Carillo (Charles) of Northglenn; brothers Gale Wade (Barbara) of North Carolina and Loren Wade (Rose) of Washington.

A Memorial Service will be held on Thursday, July 2, at 1pm at the Horan & McConaty Family Chapel, 9998 Grant Street, Thornton Colorado. The service will also be available to stream via Zoom.

Please share your memories of Lloyd and condolences with his family by visiting the guestbook below.

The family greatly appreciates donations made to these charities in Lloyd C. Wade's name. 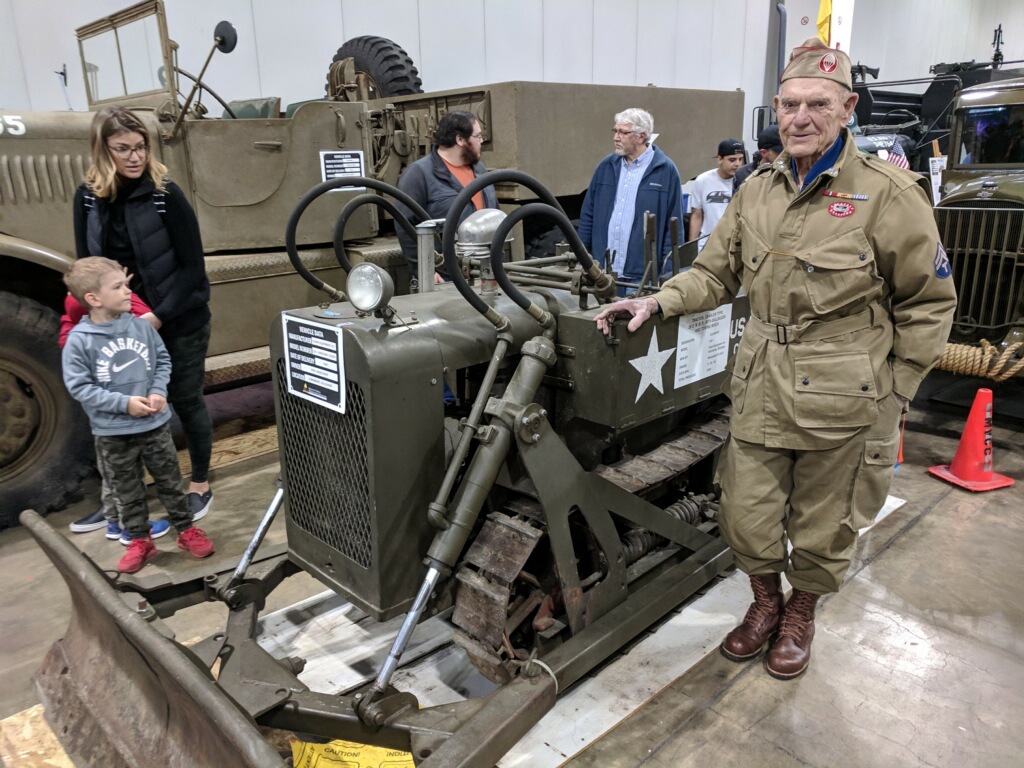 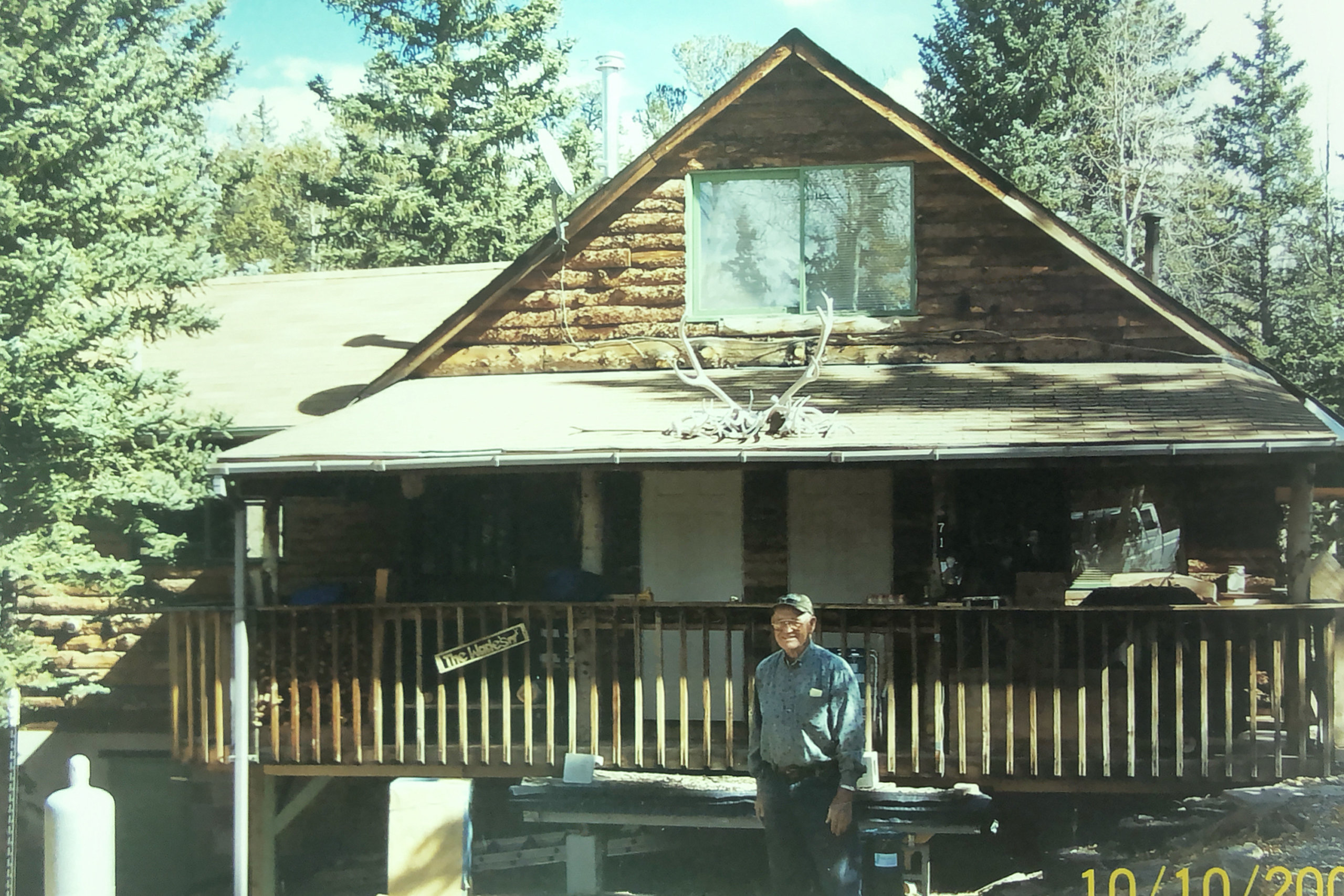 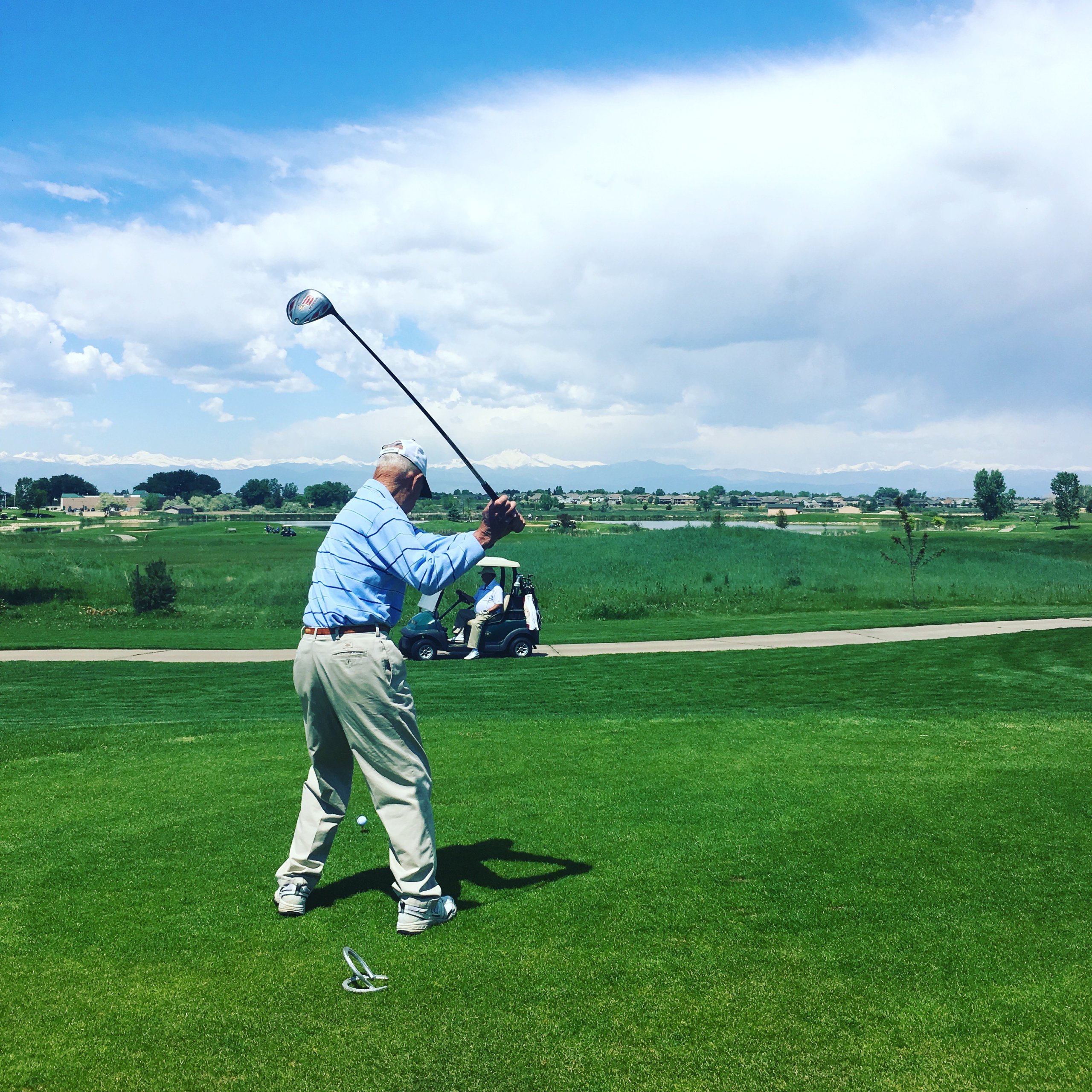 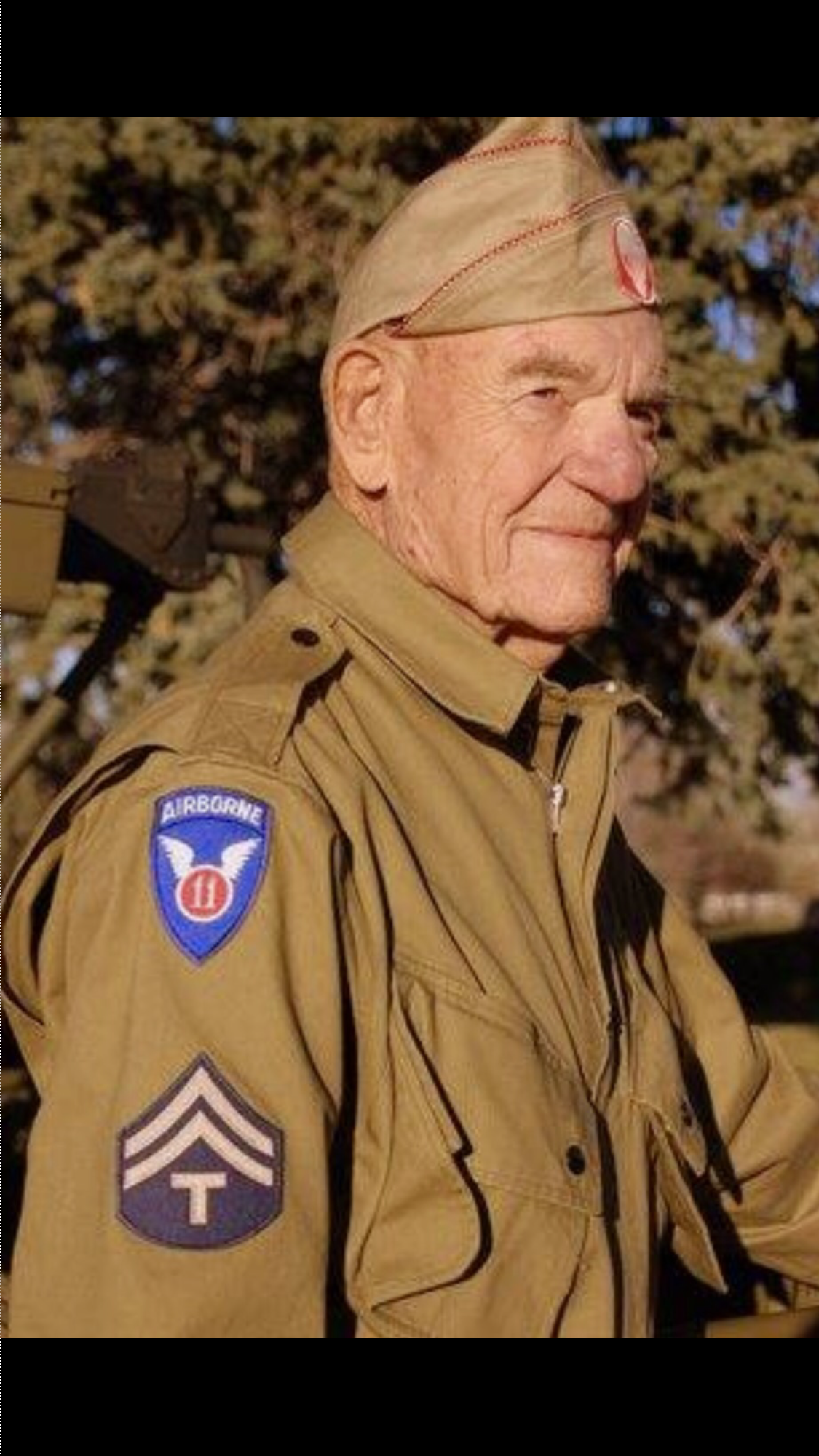 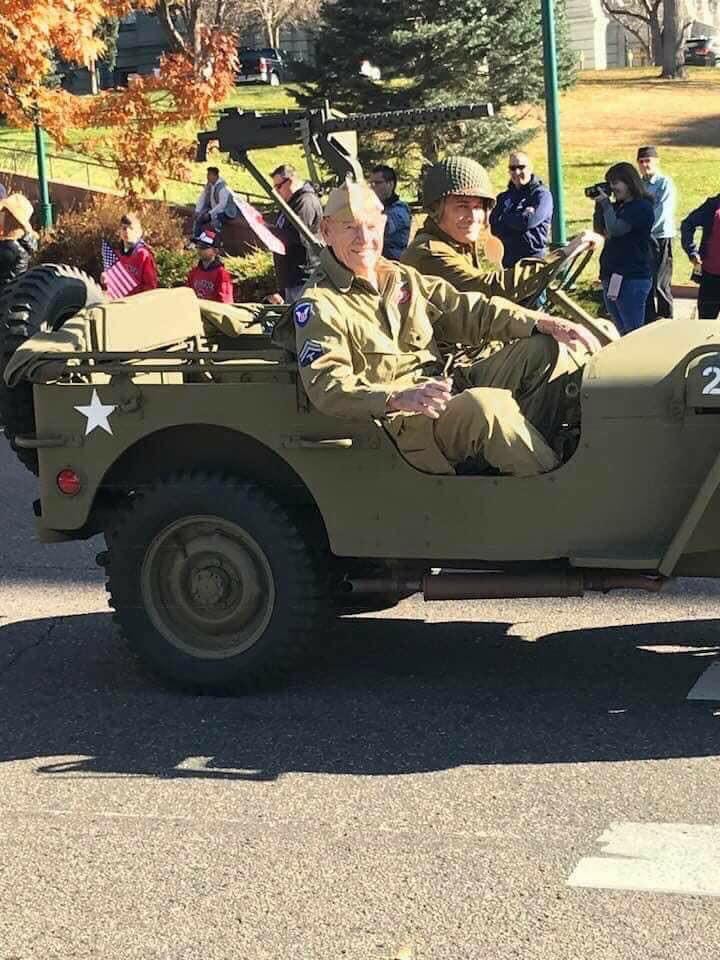 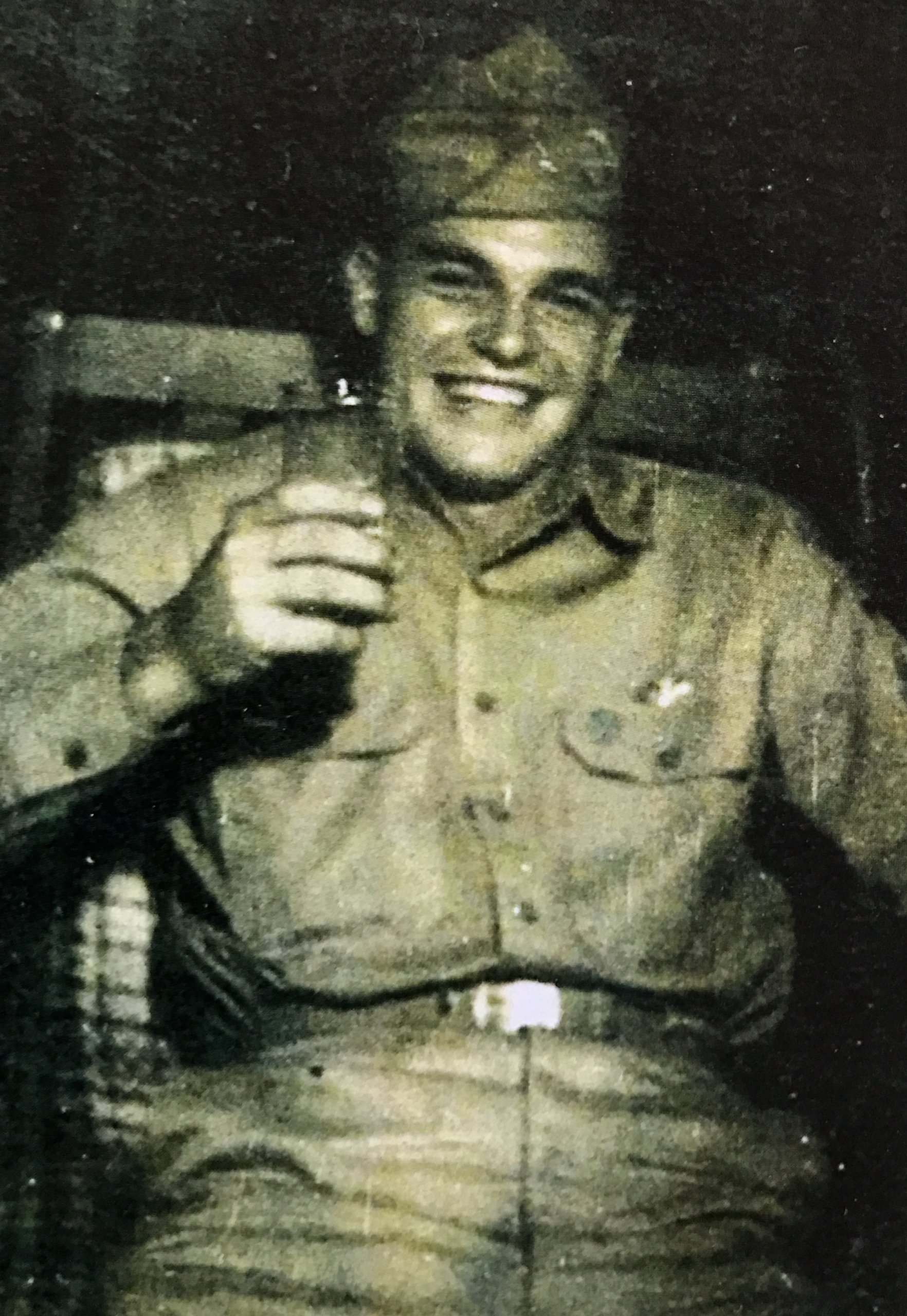 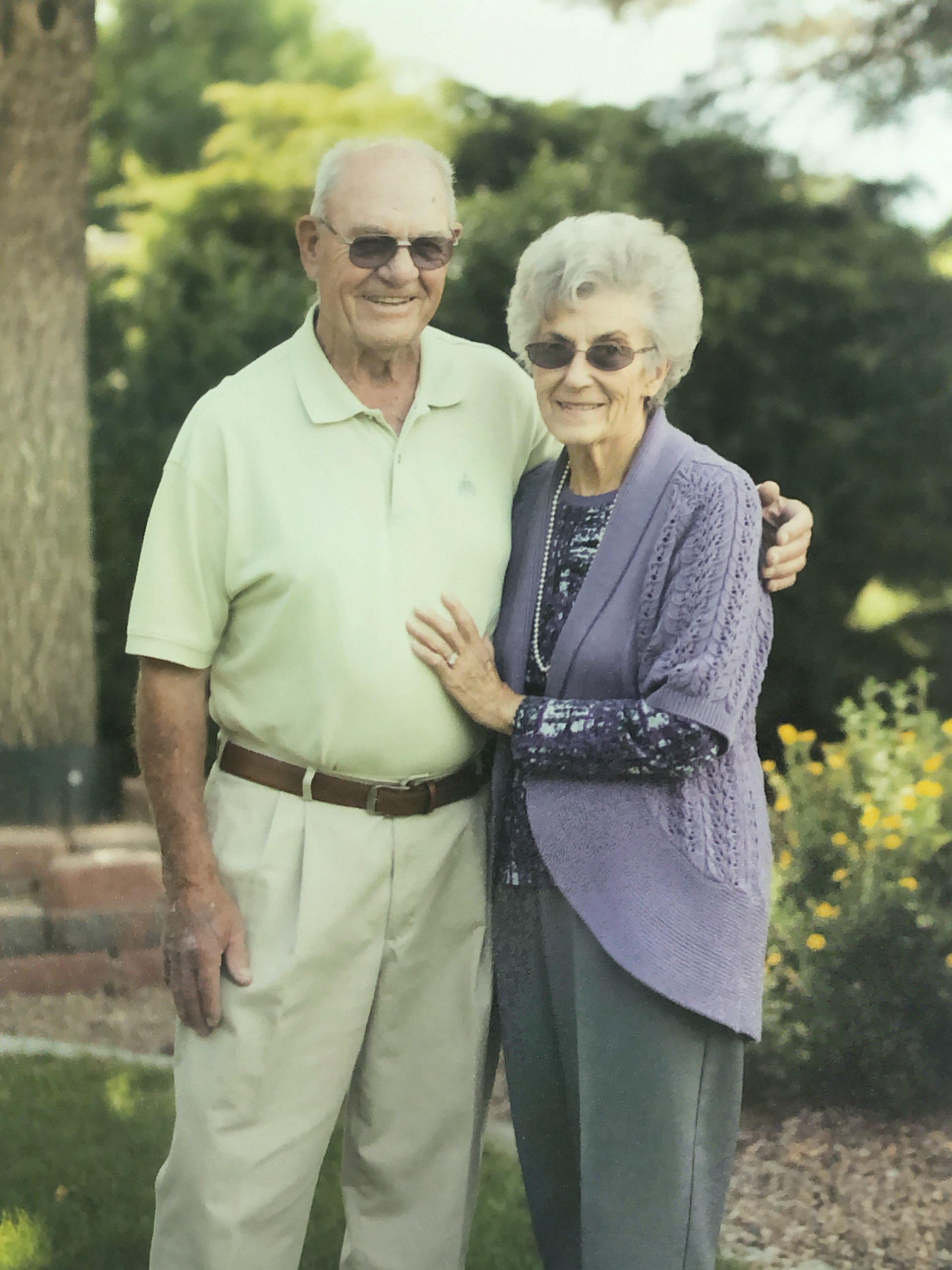