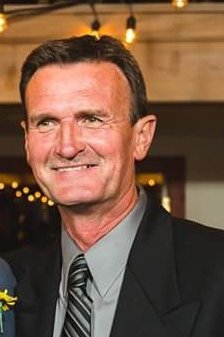 Marek Wolicki, 62, of Thornton passed away on February 3, 2020 surrounded by his loving family. Born on April 18, 1957 in Krakow, Poland he is the son of Stanislaw and Stefania (Budzowska) Wolicki. Marek married Barbara (Prajs) Wolicki on January 29, 1982 and together they shared 38 years of marriage.

Marek and Barbara immigrated to the United States, first to Chicago and then to Colorado where they resided for 36 years. Marek worked as a mail carrier for the United States Postal Service for 24 years.

He enjoyed traveling with his wife to his favorite places such as Glenwood Springs, Europe and cruises to the Caribbean. He was very athletic in his life. He loved tennis and basketball and later on developed a passion for bowling.

Marek loved life and his family. He will be remembered as an incredible husband and loving father that would do anything for his girls. His first grandson Logan was the light of his life and Kyree was his bonus grandson with no hesitation. He touched so many lives with his sense of humor and generous heart.

In addition to his wife, Barbara he is survived by his daughters, Kathy Lain and Ann Wolicki; grandsons, Logan Lain and Kyree May; brother, Jerzy George Wolicki; sister in-law, Danuta Wolicki and their children and grandchildren; as well as numerous family members in the United States and in Poland who will miss him dearly.