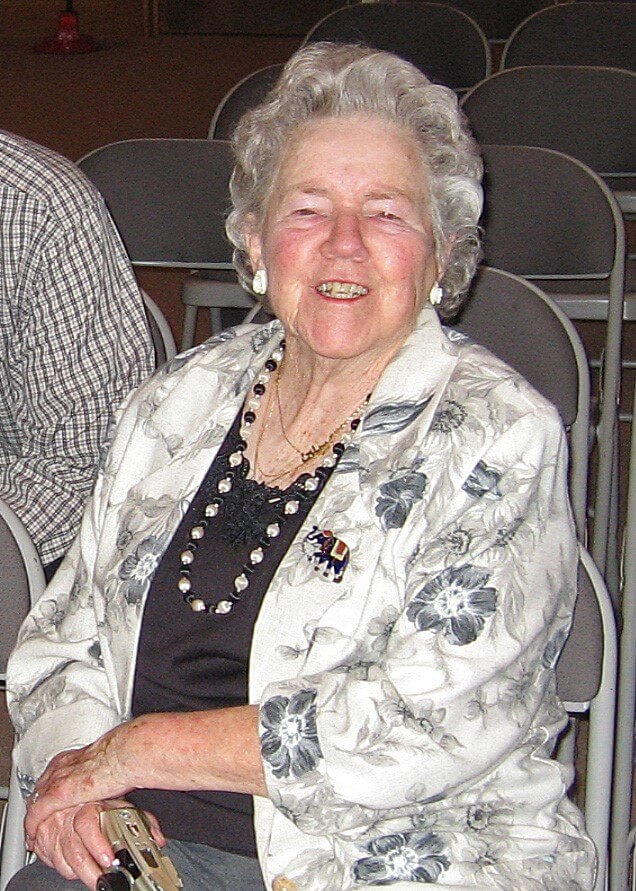 Marilyn Risner passed away on April 2 in Denver, CO.  She was born in Boston, MA in 1928 to Arthur and Agnes Henderson. After receiving her RN nursing diploma from Boston City Hospital, she joined the Air Force as a 1st Lieutenant. working in several VA Hospitals and various Air Force bases. In 1951, she married 1st Lt. Hurl Risner, whom she met at Francis Warren Air Base in Cheyenne, WY. Marriage was not allowed at that time for nurses by the military, so she was discharged. Becoming a full-time mother to two boys interrupted her career until their high school years, where she worked at several nursing care facilities, which she dearly loved.  Raising one boy while Hurl was in Korea and two while he was in Viet Nam, and moving every couple years, she became “Sergeant Mom.”  Discipline was not an issue in the family! Upon Hurl’s retirement form the Air Force, they moved to Gunnison for Hurl to teach at Western State College.  The big city girl came to the small town, and thrived becoming an avid outdoorswoman and fisherwoman (especially ice fishing).  After retiring from Western State, they both moved to Colorado Springs and then Denver to be closer to family. She is survived by her two sons, Keith and Mark, and grandchildren Kelse, Weston, and Paige Risner