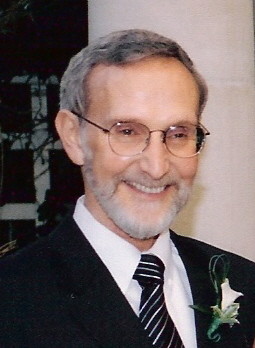 Pete passed away peacefully in his home surrounded by family following a long, valiant battle with cancer for over 20 years. As well as traditional medicine, Pete championed health, nutrition and exercise. Pete was blessed by the love and support of his wife Carol, his 4 children and their spouses and 5 grandchildren. Pete and Carol met in High School and, after graduating from college, were married on June 12, 1965. They were married for 54 years. Pete was also a man of deep spiritual faith, a devout Catholic, accomplished athlete and scholar, dedicated researcher and published author in the health care arena.
Pete was born in Tuxedo Park, New York. He is the son of the late Edward and Emily Shaughnessy. He spent his early childhood years in several locations in New York State, graduating from St. Thomas Aquinas High School in Rochester, NY. While there, Pete captained the football and track teams, was Class President, editor of the Maroon and White News Paper, and named Man of the Year. He graduated with honors and athletic scholarships to several colleges.

Pete chose Boston College, where he excelled on and off the football field, consistently making the Dean’s List and maintaining his varsity starting positions on the field. “Speedy Pete” was a strong half back and right corner defense player for the BC Eagles. As quoted from Coach Park, “Pete does the job 100% and is one of the finest gentleman athletes I’ve had the pleasure of coaching.” During locker room interviews his teammates agreed, “Pound for pound Pete is one the toughest ball players in the club.” An article published in The Heights noted that “Practically everything that can be said of Pete is that he’s a true gentleman athlete and scholar.” He was elected to the Order of the Cross and Crown, the highest honor at Boston College.

After earning his Bachelor’s degree in Mathematics, Pete went on to earn a PH.D. in Mathematical Statistics from Catholic University. He also served his country as a commissioned officer in the US Public Health Service Commissioned Officer Corps.

Pete’s professional career focused on health services research. He worked in university, government, and private research organizations. In 1976, he was largely responsible for the establishment of the Center for Health Services Research at the University of Colorado School of Medicine. Pete was the center’s director for nearly 30 years until his retirement. His chief research and graduate level teaching interests were in health services research, health policy formation, post-acute care, long-term care, and home health care. He published extensively in these and other areas. He believed strongly in interdisciplinary teams conducting large-scale national studies to shape the development of sound public policy, and these attributes were evident in all his work. In home health care, he led a major national program to develop measures of patient outcomes and test ways in which home health agencies could effectively use the information in their quality improvement programs. Many of the findings were incorporated by Medicare and are now used by Medicare-certified home health agencies nationally.

As a devoted father, Pete participated in and supported his children’s academic and athletic pursuits including coaching youth soccer and basketball teams. Family was his top priority taking them on weekend adventures including mountain hiking, exploring ghost towns, snow skiing and camping. The family also enjoyed annual trips to Lake Powell for boating, fishing and water-skiing. He was adept at creative storytelling engaging his four children in searches for elephants in Evergreen while Carol was busy preparing dinner.

Pete was passionate about his spiritual life, his devotion to Jesus, the Blessed Mother and the rosary. He was a Spiritual Director, and a Contemplative. He participated in both spiritual and cancer support groups for many years. Family, friends and medical professionals were deeply influenced by his profound Faith expressed as optimism, genuine compassion for others and his ever-present endearing sense of humor. He made us laugh.

Funeral Mass will be Friday, March 22, 2019, 10am at Immaculate Conception Catholic Church, 715 Cabrini Dr, Lafayette followed by a luncheon reception in Nuoci Hall. Entombment will follow at Mount Olivet Cemetery.

In lieu of flowers, memorial donations may be made in Pete’s honor to a charity of your choice.

Please share your memories of Pete and condolences with his family by signing the guestbook below.