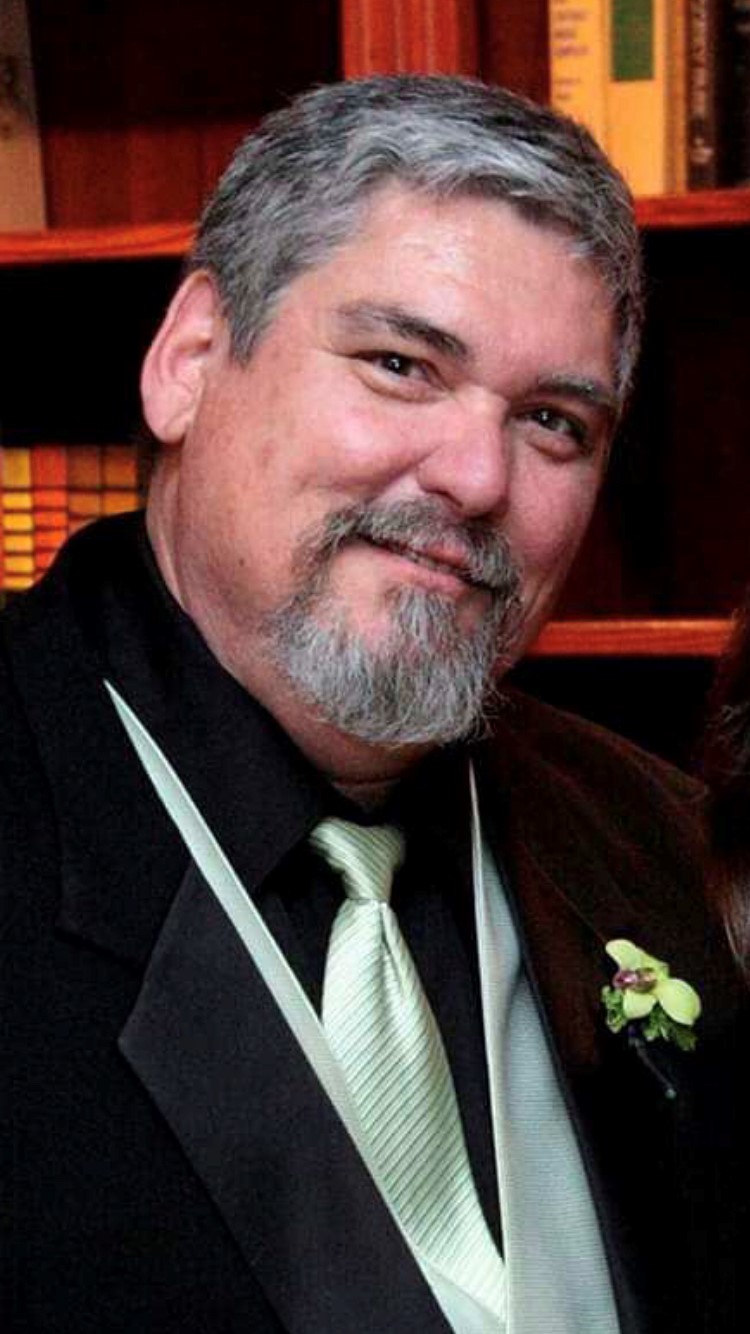 Raymond Vincent Prager was born on April 11th, 1949 in Detroit, Michigan.  He was the first-born child of Donald Lyle Prager and Patricia Ruth (Lanfear) Prager and the oldest of seven children.  Known affectionately as Ray, he was a proud big brother who ended up being a protector and role model (and perhaps a few times…an instigator.)  He was a smart, independent, and strong-willed child, and who growing up always had a special resourcefulness about him. He gravitated to motors and engines, and at one point, even rebuilt a motorcycle in his living room apartment as a young adult.  Later, Ray moved into the trades, learned to pour concrete, and even worked as a crewman on a sailboat.

Some of his favorite childhood and young adult stories included those with his brothers and sisters: Steven, Michael, Terrance, Theresa, Matthew, and Donna.  He had fond memories growing up with his aunts, uncles, and cousins. As he grew older, he would often reminisce about memories with his siblings and their spouses prior to everyone having kids, talking about how much fun all of the couples used to have together. Ray was a proud family man and enjoyed seeing his siblings marry and grow their families, even as he grew his.

Ray joined the Navy on September 19, 1968, as a young man at the age of 19.  He served as an Engineman on the USS Tripoli and was in active duty, proudly serving for 4 years, where he was twice deployed to Vietnam.  At that time, only one family member could be deployed to a hot zone.  Ray volunteered to return for a second tour in Vietnam to spare his brothers from this fate.  He returned from both tours in Vietnam, as one of only two surviving members of all his deployed comrades, serving to hold their precious memories strong for the remainder of his lifetime.  Upon Ray’s passing, he was the sole surviving platoon member.  He was predeceased by the man he attributed to saving his life in Vietnam, Jerry Duos.  During his time in the Navy, Ray also served on the USS Stone County. He was a nose gunner on riverboat patrols, served as the side gunner on helicopters, and bravely retrieved and transported our fallen soldiers.

During a trip back home to Royal Oak, MI from one deployment in 1970 to attend a going-away party for Ray’s younger brother Steve, Raymond met the love of his life: Geraldine Anne Sass (Geri).  Although Ray and Geri had crossed paths once before in the summer of 1967, this was the event where they “hit it off” and launched them into a relationship there forward.  Geri was a grade school teacher in Michigan, and her classroom kids would send care packages and pen pal letters to Ray during his remaining years of deployment in the Navy.  Ray and Geri purchased their first home, a darling fixer, in February 1974.  Ray asked Geri to marry her on Feb 1, 1974, getting down on one knee in the living room of their new home. They were married on August 2nd, 1974.

After his active duty service, Ray joined the Naval Reserves and Army National Guard.  Ray and Geri welcomed their first son, Jonathon David Prager, into the world on July 25th, 1979.  Shortly after Ray got a job as an HVAC and Boiler Technician with the State of Colorado.  This led them to move to Aurora, Colorado in October of 1979.  During Ray’s time in the National Guard, he joined the Combat Pistol Team where he made several life-long friends to include Mitch Cheek, Frank Hoffman, and Ray Causton. His team traveled around the country competing and were proud ALL ARMY champions prior to Ray’s retiring from the National Guard.

Ray and Geri planted roots in Colorado and gave birth to Julia Marie (Prager) Rossi (‘81), Sarah Jean (Prager) Boren (‘83), and James Charles Prager (‘84) over the four years following their arrival to the Colorful State. He was a beloved father, teaching his children to hunt, fish, bow hunt, tie flies, rebuild cars, and cook.  He was the gravity of the family, a friend and protector, and the man who showed his kids to be a person of their word.  He taught his kids to have a moral foundation, to work hard, and to be prepared.  Also, Ray imparted lessons regarding what it meant to sacrifice for family and to – no matter what – always come together when something was important.  He gave the best bear hugs and welcomed his children’s friends as if they were his own kids.  He made family breakfast every weekend and served any friend that was at the house those mornings.  He was known as a “larger than life” presence.  You always knew where Ray Prager was in the crowd during one of his kid’s sporting events, either due to his sheer size or his booming deep voice.

Ray was most proud of his kids.  He was proud that they were all good people and grew into productive citizens, standing on their own feet.  He beamed about his kids, raised them to be resourceful, yet loved fielding those random phone calls from one of his four (now grown) children about how to build something, replace a toilet ring, or to resurface his sacred baked bean recipe.  His most favorite times were when the four kids would come over and barbecue with him and Geri, to hang out as a family in the backyard.  He was giving and humble, thoughtful to ensure everyone else was taken care of, and often showed his love by preparing mounds of food for the family at gatherings.

He loved traveling to the Rocky Mountains, fishing on Spinney Reservoir or the AuSable River in Michigan, and traveling to Lake McConaughy each summer to watch the cousins bond during their annual family camping trip to Nebraska. He took pride in hunting with his sons and his cousin Brad.  Ray relished spending time with his life-long friend Mitch each year and camping with the family in the teepee he and Mitch built together.  He adored making memories with his God sons, Cameron Young and Seth Aaron Trepanier, showing them how to rebuild car engines and how to shoot long-range pistols.  He loved talking with his God daughter,  Lauren Young and he enjoyed spending time with his nieces and nephews during various trips back to Tawas, Michigan and Royal Oak, Michigan or at one of many family reunions over the years.

For those closest to Ray, he will be remembered as the man who persevered through what some would consider to be intolerable adversity and extreme physical and mental pain, yet he always stayed strong for his family until the very end.  He had an infectious smile and laugh.  He built his own furniture, played records in the living room, danced at his kids’ weddings and actively participated in family life.  He was known as Dad, notably Pops…and most recently was known as Grandpa and Papa.

“Grandpa” and “Papa” was the name most endearing to him.  He was there when all of his grandchildren were born and was overjoyed and found renewed life in himself with each birth.  Ray is survived in infinite legacy as a hero by Donovon Rossi (9), Tessa Rossi (7), Kynzington Prager (6), Delylah Rae Boren (5), Khloe Rossi (5), Roman Prager (5), Jet Prager (3), Tennyson Prager (3), and Kade Boren (1).  For the past decade, being a grandfather and spending time with each of his nine grandchildren was, hands down, his life’s greatest joy.  Each grandchild spent ample nap time on Papa’s belly “shelf” and would walk into Papa’s home greeted by a delightful “YO!” from him, which will be forever remembered in their hearts. No matter the pain he was in physically, Papa made it a point to attend their school events, sporting events, or travel to see them.  His last words were to his grandkids the evening before his passing, and he said to them: “It is not about the quantity of time, but about the quality.”

Please remember Raymond Vincent Prager as an oldest son, brother, husband, Pops, Papa, Uncle, Nino, Cousin, best friend, military veteran and avid outdoorsman who found life in the simple pleasures of God’s outdoors and the relationships he built with family and friends during his lifetime. When you see a river or lake, handmade fishing fly, a Chevy, watch a Western movie, a cooking show, see a big block engine or pass by an American flag, please remember him.

Ray is predeceased by his parents, brother-in-laws, James Roti and Matthew Young, and his Godson Seth Aaron Trepanier.  Raymond passed the morning of June 25, 2020 peacefully in his sleep.

If you would like to donate in Ray’s honor, please feel free to offer a charitable donation to St. Jude Hospital or to a charity of your choice supporting our United States Veterans.

The family greatly appreciates donations made to these charities in Raymond Vincent Prager's name.