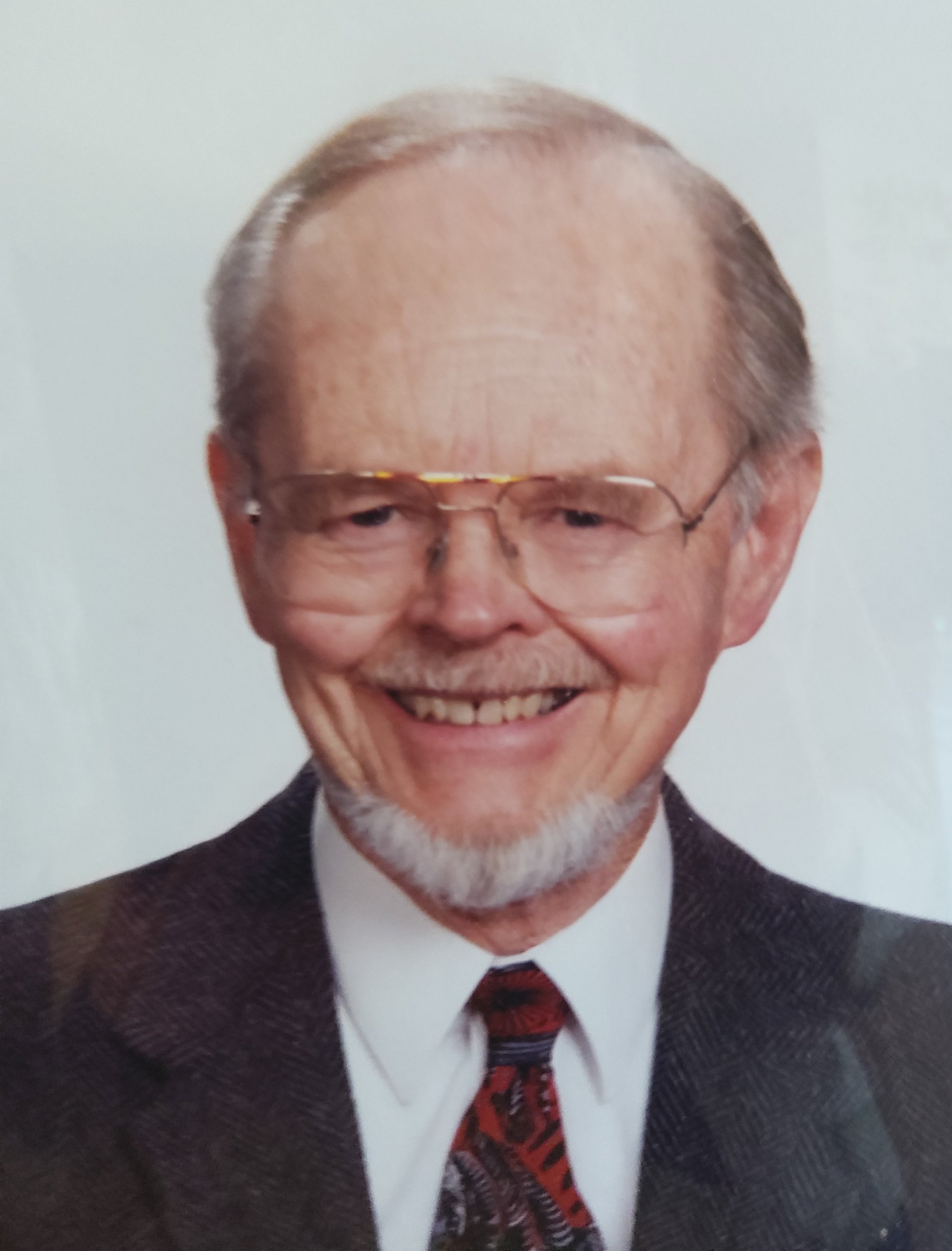 On May 18, 2020, Robert Walter Larson passed away. He was born in Denver in 1927 to Walter and Helen Larson. He was schooled in Denver until he joined the Navy during World War II. After the war, he went to the University of Denver, where he received his BA and MA degrees. He taught in the Denver Public Schools before earning his doctorate from the University of New Mexico in 1961. While in New Mexico, he met Carole Lang, his first wife and the mother of his two children.
He retired as professor emeritus after teaching 30 years at UNC in Greeley. He was an acclaimed author of 7 books, all pertaining to history and biographies of the American southwest. He earned numerous awards during his career including being named the Distinguished Scholar of the year in 1977. He was also a Fulbright Scholar and a Phi Beta Kappa.
He was active in the East High School alum association and the Beta Theta PI fraternity alums. He was a prominent member of the Denver Posse of the Westerner.
In 1987, Bob married Peggy Logan and their marriage was blissful and everlasting. During retirement, he continued writing and he and Peggy traveled all over the world. He was a beloved family man and had many long-lasting friendships, even those from childhood.
Bob was preceded in death by his first wife Carole Larson and his parents Walter and Helen Larson. He is survived by his wife Peggy, his sister Sally Cumine, his son and daughter-in-law Matthew and Leona Larson, his daughter and son-in law Helen and Albion Carlson, plus 5 grandchildren, Alex and Andrew Larson; Leif, Hannah and Tess Carlson, and 3 great grandchildren. He also has 4 stepchildren, 8 grandchildren and 3 great grandchildren.
In lieu of flowers, the family request that any donation should go to the Red Cloud Indian School at 100 Mission Drive, Pine Ridge, SD 57770 or the University of Northern Colorado at 224 43rd Ave, Greeley, CO 80634.
Because Bob died from the effects of Covid-19 there will be a small private family gathering at his burial on May 28, 2020.