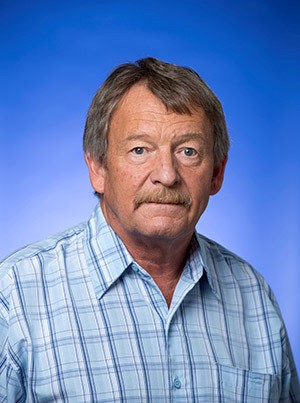 Stewart “Luke” Pederson, age 64, passed away unexpectedly on Tuesday, March 17, 2020, in Littleton, Colorado, at the Littleton Adventist Hospital that he helped build in 1987. Stewart was born on April 9, 1955 in Yankton, South Dakota, to Geraldine (Bonertz) Pederson and Kenneth G. Pederson.

Stewart was raised on the family farm near Irene, South Dakota. He was his father’s farm hand until graduating from Irene, SD High School in 1973. After high school, he graduated from Mitchell Technical Institute in Mitchell, South Dakota. He quickly became a journeyman electrician and worked on projects in Texas, Nebraska, Oklahoma, and South Dakota before settling in Colorado. He worked for Riviera Electric until he joined Encore Electric in April 2003, today one of Colorado’s largest electrical contractors.

Stewart was the Encore team’s longest tenured employee, serving with over 36 years of combined experience as a foreman, superintendent, critical projects manager, mentor, industry changer and shareholder. Some of his largest projects included Coors Field, the Denver Riverfront Complex, and the University of Denver Sports Center. Stewart was employed as the Critical Project Specialist at the time of his death.

Stewart loved his children and family, and he vowed to provide a strong today and plentiful tomorrow. When Stewart was not working he loved hunting, fishing, collecting and shooting guns, country music, antiques, and studying history of any kind. He dreamed of traveling and exploring his favorite historic spots and museums. He was excited to embrace cultural food, music and history.

Grateful for having shared his life are his son, Travis Pederson of Aurora, CO and daughter, Alysha Pederson of Littleton, CO; two brothers, Gary (Marci) Pederson of Yankton, SD and K. Kevin Pederson of Volin, SD; nieces, Jennifer (Cairl) Matejek of Aberdeen, SD, Crystal (David) Meek of Sioux Falls, SD and Rebecca (Jeremy) Johnson of Yankton, SD; and several great nephews and nieces. He was preceded in death by his mother and father, Geraldine (Bonertz) and Kenneth G. Pederson.

Funeral services and memorial will be determined at a later date due to the current COVID-19 virus and social distancing.