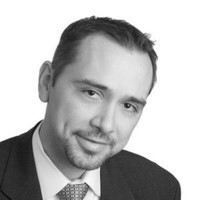 Tyler Ben-Michael Brizee, born January 13, 1977 in Fairplay, Colorado, passed away peacefully on February 3, 2020 in Denver. He was the son of Michael and Debra Brizee of Grand Junction, Colorado.

Tyler grew up and attended school in Englewood, Colorado, graduating from Englewood High School in 1995. He then attended the University of North Texas in Denton, where he majored in Music with an emphasis on Jazz studies. Tyler was an extraordinarily talented trumpet player with a love for being on stage. He was always a true professional whether playing his trumpet in a formal concert setting or an impromptu live music show at El Chapultepec in downtown Denver. Music was Tyler’s true passion.

After college, Tyler returned to Colorado and began a very successful career in the world of personal and commercial banking at US Bank. Through hard work, dedication, and creativity, he was able to achieve many career goals as well as earn countless awards and accolades. It was here Tyler was able to form the special bonds between mentors, colleagues, customers, and most importantly, friends that he has cherished over the years. Notably, he was also employed by Bank of the West, Vectra Bank, and Compass Bank.

Tyler and his wife, Kathy, married on September 4, 2001, making their home in Englewood. After settling into married life, they were blessed to add their daughters Emma and Hannah to a growing family that already consisted of Tyler’s son, Aaron. Yellow Labradors, Crash, Jackson, and Parker soon joined the Brizee family as well, always appreciating the snacks Tyler snuck to them on the sly. He also enjoyed traveling, snowboarding, and could build anything with his hands.

Tyler is survived by his wife of 18 years, Kathy, son Aaron of Amelia, Ohio, daughters Emma and Hannah of Englewood, Colorado, parents Michael and Debra of Grand Junction, brother  Brad (Melissa) of Los Angeles, mother and father in law, Kristine and Brian McCready of Terrell, Texas, brother in law Joey (Jaime) of Belton,Texas, as well as nephews Morgan Kochan, Phineas Brizee, and Sidney Brizee. He was preceded in death by his father in law, Joe Kochan and both sets of maternal and fraternal grandparents.

Words can not describe how much Tyler is loved and treasured, he will be sorely missed by all the people he touched.